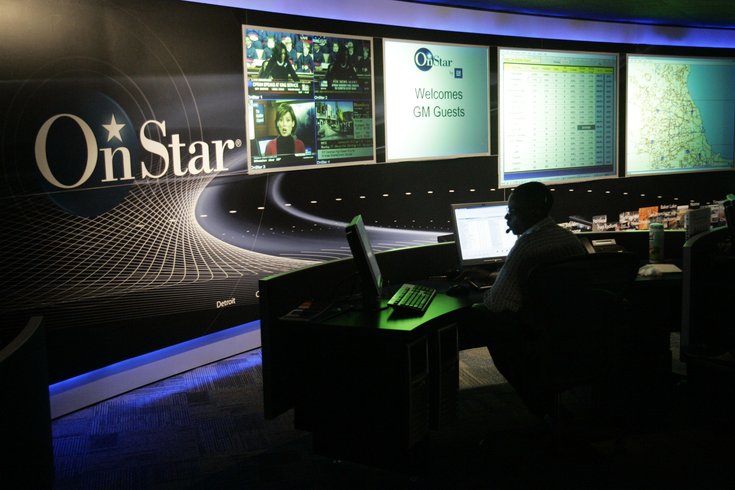 The General Motors OnStar command center is shown in Detroit, in this Feb. 6, 2006 file photo.

A suspect wanted in connection with a burglary was arrested over the weekend after officers were able to track the location of the stolen vehicle using OnStar, Evesham Township police said.

Evesham officers responded to the unit block of Colonial Ave. at 8:30 a.m. on Saturday for a reported overnight home burglary. The suspect had allegedly entered the home through an unlocked garage door.

According to police, the suspect targeted electronics before fleeing the home in the homeowners' 2015 GMC Denali. The keys to the vehicle were stolen from inside the home, police said.

The SUV had OnStar, which allowed officers to track the vehicle to Camden. Once Camden County Metro officers had a visual on the vehicle, OnStar remotely disabled it, and the passengers were arrested without incident.

Daniel Chung, 24, of Marlton, was charged with third-degree receiving stolen property. He was lodged in the Burlington County Jail in default of $10,000 bail.

All stolen property, including the vehicle, was recovered and returned to the owner, police said.