Burning body found underneath I-76 in South Philly 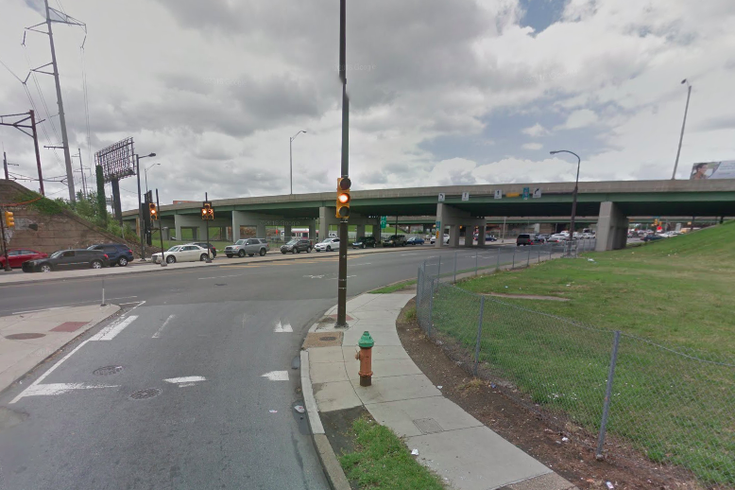 View of I-76 from the 2500 block of Passyunk Avenue in South Philadelphia.

Philadelphia police are investigating after the remains of a burning human body were discovered Thursday morning on an embankment beneath Interstate 76 in South Philadelphia.

According to authorities, the body was discovered around 2:30 a.m. on a mattress below I-76 eastbound at 2599 Passyunk Avenue. Officials were originally called to the scene for a report of a fire.

"Firefighters extinguished what appeared to be rubbish," said Captain William Dixon of the Philadelphia Fire Department. "They then discovered that it was human remains and reached out to police and the fire marshal's office."

The circumstances of the victim's death remain unknown and are under investigation. It was not immediately clear whether the fire was set intentionally.

"Everything remains under investigation to determine whether this was a homicide," Dixon said.

ATF officials, the medical examiner and a K-9 officer were all called to the scene to assist in the investigation.