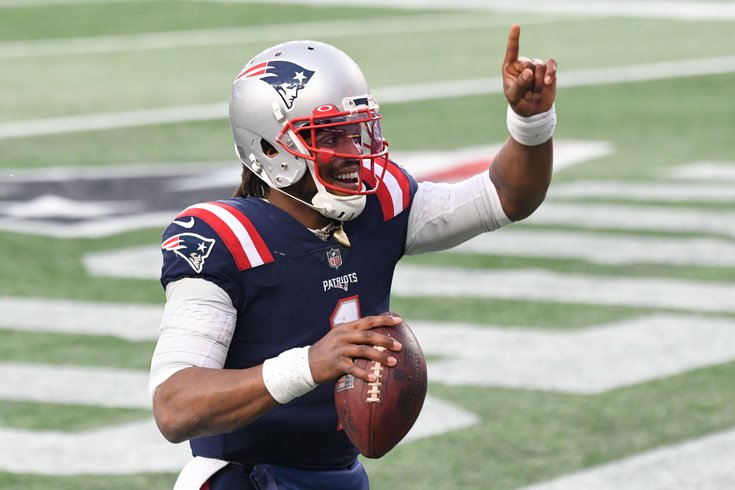 Cam Newton got into a verbal exchange with a teen participating in his 7-on-7 football camp in Myrtle Beach, South Carolina over the weekend. The teen, a football player at Perkiomen Valley High School in Montgomery County, Pennsylvania has since apologized.

A high school football player from Montgomery County has issued an apology to NFL quarterback Cam Newton after a snippy exchange between the two during the former MVP's youth camp this past weekend.

The video of the interaction, showing Perkiomen Valley football player Jseth Owens giving Newton a hard time at his own 7-on-7 football camp in Myrtle Beach, went viral over the weekend. Newton, 31, played last season with the New England Patriots and is currently a free agent.

Owens, a linebacker and wide receiver on the varsity team at Perkiomen Valley High School, taunted Newton from the sideline, calling him a free agent. When Newton responded several times, "I'm rich!" Owens told the quarterback he was about to be poor.

Kid was really saying this at CAM NEWTON’S own camp 😳 (h/t thesportsuniverse/TikTok) pic.twitter.com/YjQjc53tNZ

The incident lacks surrounding context from the day and may have begun as friendly banter that turned insulting, but it was never a great look for a high school kid invited to Newton's camp to use the opportunity to make fun of the guy trying to help him succeed.

Some were critical of Newton's willingness to spar with the teen — including his emphasis on wealth — but others came to Newton's defense, including Dez Bryant, Leonard Fournette, Eric Ebron and Deion Sanders.

He did handle that extremely well https://t.co/bf0Sg2joAc

he ain’t triggered social media give kids to say whatever with no respect.. lol boy got in cam shirt 😂 that “i’m rich” having ppl on they feelings 😂 #MVPCam (Cam always been one my favorites) ✊🏾 https://t.co/Sf4FJpkj3q

Any young athlete watching this video please don’t be this kid, Don’t miss your chance to learn something from someone who has been their at the highest level in this sport.... STAY HUMBLE https://t.co/BCmGPK8w1W

In response to the attention, Owens posted an apology message and asked for forgiveness.

“As a football player I let my competitive side get the best of me and it was a huge miscommunication," Owens said. "It was in the midst of the moment and I realize how a lot of you took it as disrespect. I never meant to humiliate and let anyone down."

After the incident, Newton posted a second video from later in the day that showed him attempting to have more of a conversation with Owens. He explained that he's focused on helping kids reach their goals as football players.

"I have given my time, my energy, and my expertise to these kids coming into our program for over 11 years and that is not what people want to hear or even want to see...people want to see me arguing with another young man and to see me 'get in my feelings,' but the truth is this. I impact kids' lives in a positive way, make no mistake about it," Newton wrote. "I allow kids to realize (they're) 'OUT,' by using their football talents to get them to the next level and in most cases .... out of the hood."

Owens said he recognizes how incidents like this can put him in a bad light, and he doesn't want it to interfere with his future.