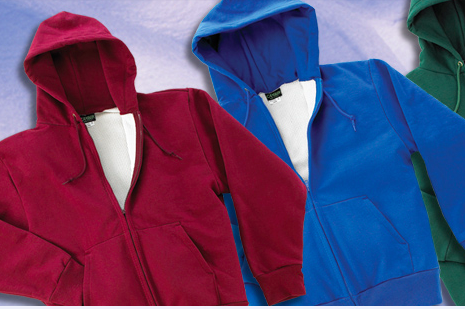 Camber USA, based in Norristown, Pa., has a line of Arctic Thermal hooded sweatshirts that have become a sensation around the world for their blocky, vintage-style construction and durability.

Finding the perfect hooded sweatshirt can be a daunting search – and what makes a great hoodie will always depend on personal preference.

Some lightweight hoodies serve as a form-fitting layer or a fashion accent, while the classic heavyweight style offers a timeless blend of utility and warmth. The block-like look that comes from heavier fabrics has a vintage quality to it, and if you're in the camp that prefers the heavier build, the best in the business may be an understated company in Norristown.

The Wall Street Journal profiled Camber USA on Memorial Day, highlighting the small company's worldwide fanclub. Founded in 1948 by Barry Schwartz and his father, Camber USA first started producing sweatshirts in 1982. The name comes from the architectural term for the apex of an arch.

"Camber’s hoodies are as thick as a bath mat and tender on the inside, like an old blanket that has been through the spin cycle a few dozen times," the Wall Street Journal's Jacob Gallagher wrote. "Certain fastidious fans of fleece hold them up as some of the best hoodies in the world."

At one Paris boutique, a Camber USA hoodie retails for about $150, an international markup over the $60-$125 range for various products available to U.S. consumers. In England, finding a Camber USA sweatshirt is "devilishly hard," since they sell like hot cakes. And in Japan, where they're also popular, there's a frequently used #CamberUSA hashtag where the chunky sweatshirts are worn as a badge of high quality.

The Paris boutique, Beige Habilleur, discovered Camber USA while hunting down a sweatshirt type that isn't as commonly found these days:

The company’s stubborn approach to design is key to its cult success. Basile Khadiry, the owner of Beige, said he found Camber after asking friends where he could find a hoodie that replicates the “thick material” of 1970s Champion sweatshirts. The hoodies and crewnecks Champion makes now – like the majority of sweatshirts you’ll find at retailers from Walmart to Bloomingdale’s – aren’t as beefy or as boxy as they were some 50 years ago. For some obsessives, those old-school, thick-ply, blocky hoodies are the holy grail.

The story of Camber USA is rarity in the United States, where about 97% of apparel sold is manufactured overseas. Schwartz told the Wall Street Journal he's had numerous offers from foreign manufacturers hoping to produce his company's sweatshirts at a fraction of the cost, but he's stayed true to the mission of making his products in the United States. The company produces about 200,000 sweatshirts every year, and their popularity has only grown.

Camber USA's dated website notes that the company is a trade only business, but their products are available to consumers via All Seasons Work Uniforms and All USA Clothing. There are zip-up and pullover varieties ranging in size from small to 7XL tall, with 11 different color options. The company also offers custom design and manufacturing in addition to its standard apparel lines.

The most surprising and wholesome aspect of Camber USA's success is that the company invests practically nothing in marketing, even as fans of the bulky sweatshirts showcase them in photoshoots on social media and turn them into fashion statements. When a product is that solid, the rest simply takes care of itself.