The singer has been compared to a young Bruno Mars, Michael Jackson and Chris Brown all in one 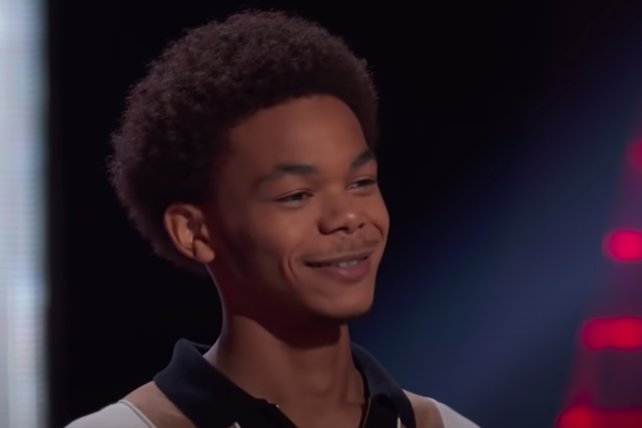 Philadelphia local Cam Anthony won the 20th season of NBC's hit series, The Voice, on Tuesday evening. The singer made it to the Top 5 before garnering enough votes from America to be named the winner.

North Philadelphia's own Cam Anthony won the 20th season of NBC's The Voice on Tuesday night.

The season started with 40 artists, and the 19-year-old known for his smooth, soulful voice secured a spot in the Final 5 before America voted to make him to be the winner during the season finale.

As winner, Anthony gets a $100,000 cash prize and a recording contract with Universal Music Group.

"I’ve been able to evolve into the artist that I want to be," Anthony told NBC10.

Anthony gave a powerful rendition of the song "It's So Hard to Say Goodbye to Yesterday," by Motown artist G.C. Cameron, on last week's episode. The song was covered by Boyz II Men in the 1990s.

"That song in particular was actually very special to me because my family had kind of made it a tradition to kind of perform that at our lost one’s funerals," Anthony said.


On the season finale episode, he sang "She Drives Me Crazy," by Fine Young Cannibals alongside his coach Blake Shelton. He also sang "Wanted Dead or Alive" by Bon Jovi and "Stand Up" by Cynthia Erivos.

Anthony's coach, Blake Shelton, praised the singer after he won the title.

"You being on this show and giving us the chance to be a part of your journey has changed the show forever and we’ve been needing that," Shelton said.

Cam, your artistry has shown through all season and your impact to this show will live on for a lifetime. Congratulations on the big win! Now time to celebrate!!!!!!! @CamAnthony #TeamBlake @NBCTheVoice pic.twitter.com/FhlIADoKk8

Anthony had the audience and judges hooked from the start of the season when he performed Sam Smith's "Lay Me Down" for his blind audition. Judges Blake Shelton, Nick Jonas and John Legend pleaded their case for the singer to join their respective teams.

Jonas used a "block" to prevent Anthony from joining John Legend's team and pushed for him to join his own.


Anthony grew up in North Philadelphia and has a long history of performing. He got his start singing gospel at his grandfather's church and worked his way up to singing the National Anthem at the White House in front of former President Barack Obama twice.

The teenager won FOX's "Showtime at the Apollo" hosted by Steve Harvey in 2018, and he sang Jason Mraz's "I Won't Give Up" on the Ellen Show when he was just 11 years old.