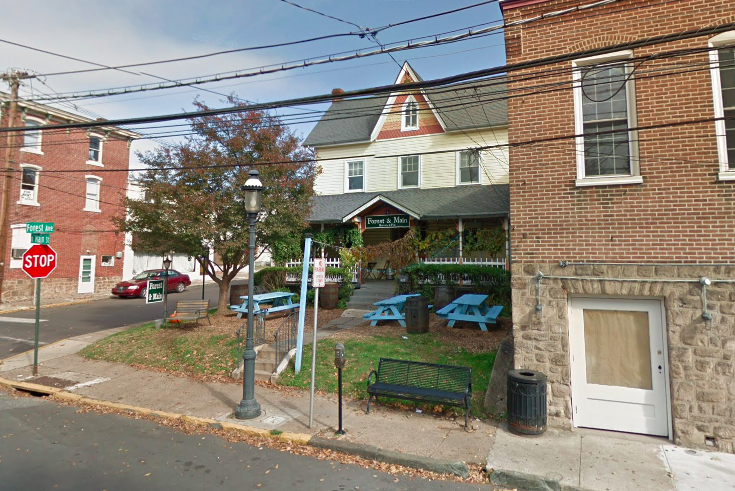 Forest and Main Brewing Co. has been located at 61 North Main Street in Ambler since it was founded in 2012. The crafter brewer will now expand with two new locations, a brewery-taproom and a pub, at different properties in Ambler.

Forest & Main Brewing Company, a staple of Montgomery County's craft beer scene, will be setting up shop at a larger space in Ambler and leaving behind the unique home that first put the fledgling company on the map.

Co-owners Daniel Endicott and Gerald Olson announced their bittersweet plans on Facebook this week, explaining that the change marks a shift in strategy that was accelerated by the coronavirus pandemic.

We have a pretty big announcement for you. We’re super excited and honestly a bit nervous to share.⁣ ⁣ We’re planning a...

For the past nine years, Forest & Main has been located in Ambler at 61 North Main St., the Victorian-style property (called House) that has given beer drinkers a cozy place try out the company's selection of brews and catch live music. An adjoining building, known as New Space, has been a dedicated tasting room since Forest & Main last expanded several years ago.

The brewery is now in the process of building a 15 barrel brewery and taproom a few blocks north of its current location on Main Street. The company also plans to open a new pub at 33 East Butler Ave., taking over the former space of Ambler Apparel.

"The pandemic kind of forced us early on to make a shift from a pub serving nearly everything on-site from small brite tanks, to a brewery packaging all our beer in cans and bottles," the owners said on Facebook. "We’ve learned a lot from this experience, and as we reflect on that past nine years at 61 North Main Street, we are trying to see what Forest & Main will look like over the next decade.⁣"

Known for its British-style and Belgian-style beers, Forest & Main has grown from a local gem to a brewery with an expanding presence and reputation. Endicott and Olson say the new space will give them more freedom to experiment and grow their lineup.

"The increased capacity will allow us to churn out more of our saisons, lots of oak aged (and foeder fermented!) beers, tons of happy little pub beers, to continue to deepen our lager love, and of course brew lots of hoppy IPAs," the owners said.

A timeline for both of the new locations was not revealed, but in the meantime, Forest & Main will continue to sell packaged beer from its adjoining location on Main Street.