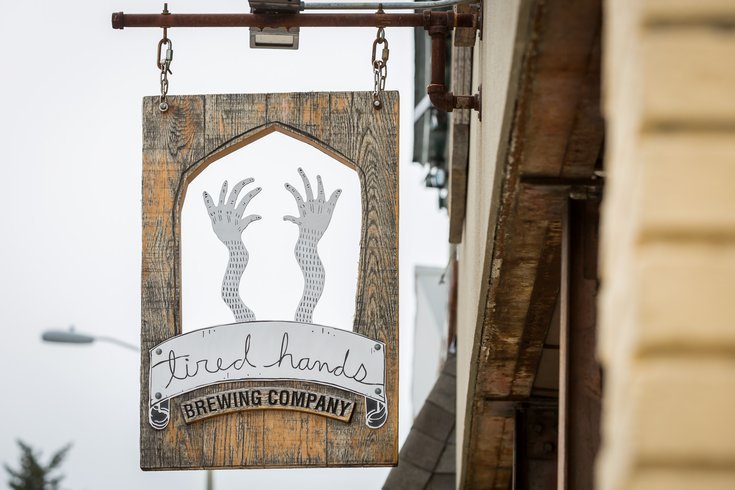 Tired Hands Brewing Company was founded in Ardmore in 2011 by Jean Broillet IV and his wife, Julie Broillet. The craft brewer was one of many around the world named in recent online allegations, which claimed the company has a toxic workplace culture for women and people of color.

Jean Broillet IV, founder of the popular Tired Hands Brewing Co., has "stepped down from all daily operations" at the Ardmore craft brewery in the wake of a torrent of claims about toxic workplace conditions, the staff announced Tuesday in a statement on Instagram.

The craft brewer was among a long list of breweries and beer industry leaders named in hundreds of disturbing stories posted on Instagram by Brienne Allan, a brewer and production manager at Massachusetts-based Notch Brewing.

On May 11, Allen took to Instagram with her own experience of sexism in the industry and then posed an open question inviting others to share their own stories.

As of Tuesday evening, hundreds of allegations were still posted in a series of Instagram stories on Allen's acount.

The anonymous claims against Tired Hands alleged that the brewery does not give bartending positions to women and that Broillet had formed a clique of employees who would drink during work hours, receiving service from staff without tipping them.

Others alleged that Tired Hands refused to provide personal protective equipment to staff during the coronavirus pandemic, used intimidating tactics against employees and didn't hire or advance people of color in the workplace.

"We, the existing staff, will remain in place and continue operating as we search for new leadership to build a stronger culture here," the Tired Hands staff said on Instagram. "The recent outpouring of stories about our industry have unified us in addressing our own experiences and we stand in solidarity with anyone that has ever experienced toxic workplace abuse, racism or sexism in the brewing industry, including our co-workers, past and present."

In a since-deleted post from Monday, Jean Broillet wrote that he and his wife and brewery co-founder, Julie Broillet, "take personal accountability" for any of the allegations that may be true. Julie Broillet stopped working at the company in March.

Jean previously worked at Victory Brewing and Iron Hill Brewery before establishing Tired Hands Brewing Co. in 2011. The company was named one of the 50 best U.S. breweries of the 2010s by Paste magazine and has ascended on the strength of popular beers like the HopHands pale ale and Technicolor Splendor IPA.

The Tired Hands staff thanked Allen for her role in bringing the allegations against the brewery to light, but did not comment specifically on any of the claims made about the company.

In the span of a week, Allen has suddenly found herself in a potentially tricky legal situation, she explained in an interview with Good Beer Hunting.

“I have tons of breweries reaching out to me and calling me, I have friends calling me, telling me their side of the story as if I’m the person accusing them,” Allan said. “I basically told everyone online two days ago: If there’s a story about you on here and you don’t want it up, just tell me and I’ll take it down.”

The news about Tired Hands comes a week after Philadelphia Magazine published a story about a former Yards Brewing Co. manager who has filed a pregnancy discrimination lawsuit against the Philadelphia brewer.

The allegations are part of a wider trend of discontent in the craft beer industry, which has seen mounting complaints about sexism and racism.

In stepping down, it's not yet clear what role Jean and Julie Broillet will play at Tired Hands in the future.