Yuengling ranks No. 1 on the list based on the volume of beer sold again. Troegs and the parent company of Victory Brewing also placed highly 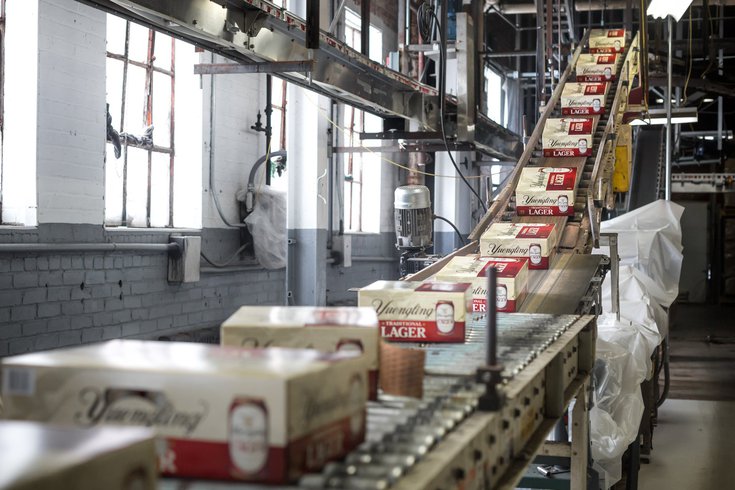 Three breweries in Pennsylvania ranked among the top 50 breweries in the country, according to a report out of the Brewer's Association.

The COVID-19 pandemic may have closed bars and restaurants – and halted in-person attendance at sporting events – but that didn't stop Americans from drinking beer.

The Brewer's Association unveiled its rankings for the Top 50 Brewing Companies in the country on Tuesday, and Pennsylvania breweries were well represented. The Keystone state secured three spots within the top 20, including D.G. Yuengling and Son, the 192-year-old brewery in Pottsville, which held its spot as the No. 1 craft brewery by volume of beer sold.

At No. 2 is Boston Brewing Co. the maker of Sam Adams beer and, since its merger in 2019, the beers by Delaware's Dogfish Head Brewery. Sierra Nevada out of Chico, California, followed in the No. 3 spots.

Artisanal Brewing Ventures, which includes Victory Brewing Co. in Downingtown, Chester County, jumped from No. 10 last year to No. 8 this year. Hershey's Troegs Brewing Co. secured No. 20 on the list as well, moving up seven spots from last year.

The pandemic changed where Americans bought their alcohol after bars and restaurants shuttered across the country, according to the Brewer's Association.

"Breweries who had established packaging and distribution capacity were best positioned to take advantage of the boom in off-premise sales and weather market uncertainty," said Bart Watson, the Brewers Associations chief economist. "These businesses also saw variation in performance based on geography and business model, with different parts of the country seeing very different beer trends, and draught-heavy breweries suffering."

Just published, the Top 50 Brewing Companies by Sales Volume for 2020 includes 40 small and independent craft brewing companies—see which breweries made the list. https://t.co/7vPAZOsRiI

Yuengling is planning to expand into the west, starting with Texas, later this year. The beers sold there will be brewed locally at the Molson Coors brewery in Fort Worth.

The Brewer's Association will present a full State of the Industry report at an online webinar on April 8, 2021.