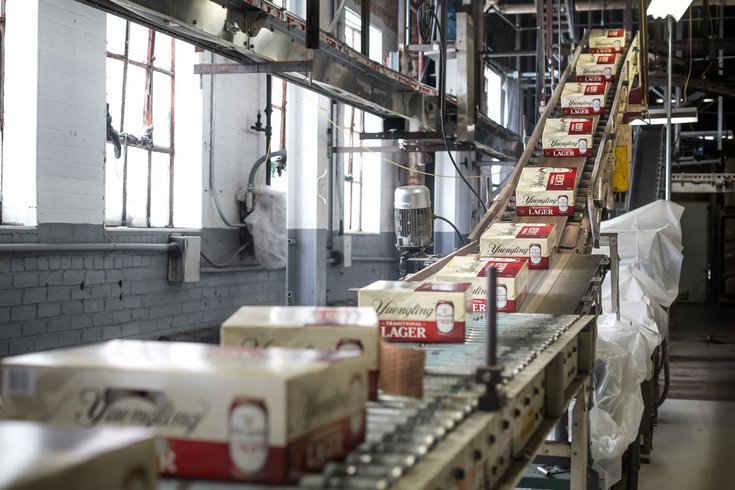 Yuengling, the 191-year-old family-owned brewery based in Pottsville, Pennsylvania, is teaming up with Molson Coors to expand distribution further across the United States.

A new partnership between Pennsylvania-based Yuengling and Molson Coors will expand the region's popular beer beyond its existing 22-state footprint.

The companies jointly announced their plans on Tuesday, with a goal of bringing Yuengling products to western states by the second half of 2021. The partnership will also enable further expansion to New England, where it currently is only distributed in New York, Connecticut, Rhode Island and Massachusetts.

“We are excited to launch this brewing partnership with the team at Molson Coors," said Wendy Yuengling, the brewer's chief administrative officer. "Like Yuengling, Molson Coors has an established commitment to quality and rich history of family brewing excellence. This partnership is a great opportunity for us to grow our distribution footprint for the long-term, while continuing to support our existing markets and the communities in which we operate.”

Yuengling, founded in 1829, has two breweries. One is located locally in Pottsville and the other is in Tampa, Florida. The Pottsville location supplies states northward through New York, westward until Illinois and Kentucky, and southward through Georgia. The Tampa brewery serves Florida, Alabama, Kentucky, Arkansas and Tennessee.

As part of the new partnership, Yuengling will use Molson Coors facilities to expand brewing operations.

The partnership will be governed by a board of directors consisting evenly of Yuengling and Molson Coors family members and executives. D.G. Yuengling & Son, Inc. will remain a family-owned business and the existing company will operate separately from the joint venture with Molson Coors.

“This is a huge growth opportunity for Yuengling, it’s a huge growth opportunity for Molson Coors, and we’re going to make a whole lot of Yuengling fans out west really happy,” said Gavin Hattersley, president and CEO of Molson Coors Beverage Company. “Today, three storied brewing families and their collective 18 generations of brewing excellence, have come together with one goal for the future – a future focused on growth. That is worth celebrating.”