The retail chain will close all 13 of its department stores 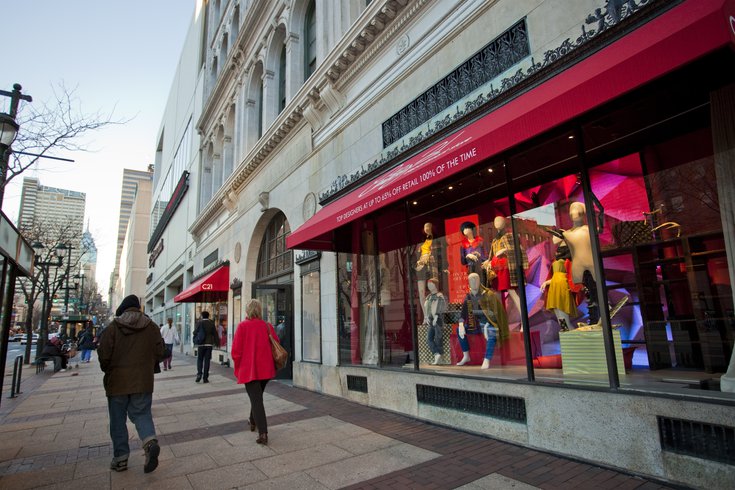 Century 21 opened at Eighth and Market streets in Philadelphia in 2014, but soon the large department store will close its doors. The retailer filed for bankruptcy and will close all 13 of its locations.

The bargain store chain Century 21 has filed for bankruptcy and will close all 13 of its department stores across New York, New Jersey, Pennsylvania and Florida, the company announced Thursday.

That includes its Center City location at the Fashion District Philadelphia. The nearly 100,000-square-foot department store opened in 2014 at 821 Market St. It was the chain's first store outside New York.

RELATED: Looking for an Eagles-themed face mask? Here are some of the best | Philly's Jacqueline City is one to watch in the fashion world

The decision to close stores comes after nonpayment of approximately $175 million it had filed for under its business interruption insurance for losses due to the coronavirus pandemic, according to reports.

"While retailers across the board have suffered greatly due to COVID-19, and Century 21 is no exception, we are confident that had we received any meaningful portion of the insurance proceeds, we would have been able to save thousands of jobs and weather the storm, in hopes of another incredible recovery," co-CEO Raymond Gindi said in a statement.

Going-out-of-business sales have begun at all of the company's stores, as well as online.

As for what will fill the massive space Century 21 will leave behind in Philly, that's unknown for now. The Fashion District features a mix of shopping, dining and entertainment.

Maybe another department store will take over, or perhaps it will be something similar to the Instagram-friendly museum Candytopia or interactive art exhibit Wonderspaces currently in the Fashion District.