The improv troupe's first performances of the season run June 11-13, with more showtimes through the rest of the summer 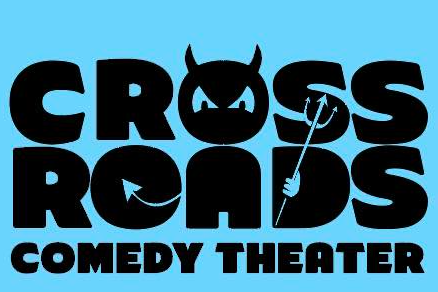 Crossroads Comedy Theater is putting on a series of live shows for the first time since the pandemic started.

The comedy collective announced live, in-person shows will start back up this June at South Philly's Theatre Exile (1340 S. 13th St.) for the first time since the start of the pandemic.

"These are the first live comedy shows for many performers since the pandemic shut things down, plus the first ever live, in-person performances for Crossroads Comedy Theater," founder Mike Marbach said in a press release. "I'm so looking forward to shaking off that dust and getting everyone laughing again."

Marbach created Crossroads to consolidate all of the websites, social media, email addresses and ticketing systems to support cast members as they adapted to the new normal.

Their new series of performances follow strict health and safety protocols from the CDC and the city of Philadelphia. Other comedy clubs, including Philly Punch Line and Helium, have announced in-person shows as well.

Crossroads will kick things off with "Not Yet Rated: An Improvised Movie" on Friday, June 11 at 8:30 p.m. The "Not Yet Rated" cast puts on a performance that uses film tropes and audience suggestions to make a movie on the spot.

After the first show, Crossroads invites customers to "No Diggity: An Old School Hip Hop/R&B Improv Jam" at 10 p.m. The show, hosted by Tia Kemp, curates a playlist of old school hip-hop/R&B music and videos that cast members create scenes from.

On Saturday, June 12 at 7:30 p.m., customers can see "Borrowed Time: An Indie Improv Showcase," which features improv teams "Hoffman" and "Daddy Issues." This show will bring in acts from outside the theater's resident cast.

Later that night at 9 p.m., fans can watch "Study Hall: Comedy Inspired by Lectures," featuring Professor Michael Yudell in his farewell program after spending more than a decade with Philly Improv.

Professors and experts lecture on a topic from their fields and Crossroad's cast improvise scenes inspired by what the lecturer said. This show has played at the Philly Improv Theater, Franklin Institute, the Philadelphia Museum of Art, the Academy of Natural Sciences, the Museum of the American Revolution and more.

"Extree! Extreme! Comedy Inspired by the News," runs on Sunday, June 13 at 7 p.m. The show discusses news of the past week and cast members create improvised scenes inspired by headlines of stories submitted by audience members.

Details on upcoming shows held from July 16-18 and August 13-15 will be released later on this season.

All of the theater's performers are fully vaccinated and perform without masks — from a safe distance of 10 feet from any audience member. Seating is limited to 50% capacity and chairs will be spread out as well, the theater said.