They hope to collect over 250,000 pounds of donations 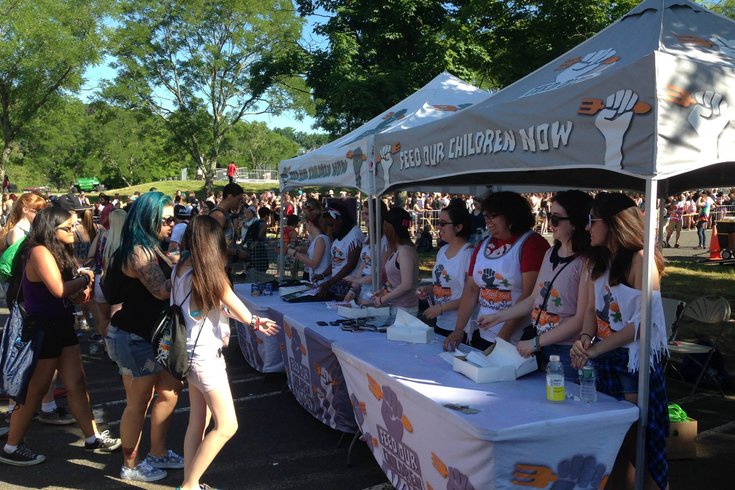 A Feed Our Children NOW donation station at the PNC Bank Arts Center in 2014.

When the Vans Warped Tour comes to Camden's Susquehanna Bank Center Friday, July 10, the concertgoers will be doing more than listening to music. For the past eight years, the tour has paired up with Camden-based charity Feed Our Children NOW to collect food donations at tour dates throughout the nation. This year, they're hoping to break the eight-hour record for collecting donations by raising more than 250,000 pounds of food.

From 9 a.m. to 5 p.m. at Lot 12 next to Camden's Campbell's Field, Feed Our Children NOW will collect non-perishable items like evaporated and powdered milk, infant formula, canned soups, pastas and cereals. The organization will also be collecting canned goods at the Susquehanna Bank Center entrance from Warped Tour attendees who will receive Express Entry.

Those who aren't joining the concert can still contribute to the cause. Feed Our Children NOW is accepting monetary donations online, which will be used to purchase food for donation, and a canned good drop-off is open in the lobby of the Courier-Post building at 301 Cuthbert Blvd. in Cherry Hill until 10 a.m. Friday.

All food donations will be freely distributed to the children of Camden through local charities. Feed Our Children NOW collected 413,000 pounds of food last summer, and a Guinness World Records judge will be on hand to verify the record if they break it.