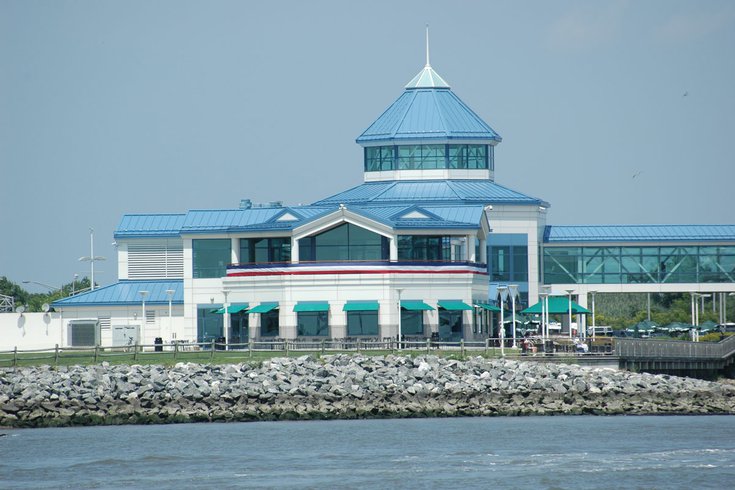 The Cape May ferry terminal is undergoing $2 million renovation project led by Exit Zero Hospitality LLC. The upgrades are part of the Delaware River & Bay Authority's master plan to improve public facilities and modernize the fleet of the Cape May-Lewes Ferry system.

Renovations are underway to breathe new life into the Cape May ferry terminal at the Jersey Shore, including three new restaurants and an outdoor shopping village.

Plans for the $2 million improvements were announced last year by the Delaware River & Bay Authority, the bi-state agency that operates the Cape May-Lewes Ferry between New Jersey and Delaware. The DRBA's commitment to improving the Cape May terminal came after similar renovations began at the Lewes Ferry Terminal in 2019.

The project in Cape May is being led by Exit Zero Hospitality LLC, the same group that operates the Exit Zero Refilling Station, a restaurant and store in West Cape May. The company is led by Jack Wright, who started the business as a media company and has expanded into other industries during the past 20 years.

During a tour of the Cape May facility Thursday, Wright told the Press of Atlantic City that three new restaurants will open at the terminal over the next few months.

The first of the three restaurants, The Lookout, is expected to open by the end of March and will include fish and steak dishes to go with cocktails and an extensive wine list.

This summer, on the facility's ground floor, Exit Zero Ferry Station will bring a casual restaurant to the complex. An outdoor restaurant, Boat Drinks, will overlook the canal and ferry docks with a seafood menu and drinks.

Café 64, a coffee and sandwich shop with a retail space, is already open daily and is named in honor of the year of the first ferry crossing.

The ferry's terminals were last overhauled in 2000 and 2001, with a full replacement of the original Cape May structure that was built in 1988.

The entire revitalization of the ferry system is covered by DRBA's master plan, which will usher in a new fleet of ferries to replace the three existing vessels that were built in the 1970s and early 1980s.

The vessels, which cross a 17-mile stretch of the Delaware Bay, include the MV Delaware, MV New Jersey and the MV Cape Henlopen. The former MV Twin Capes was intentionally submerged in 2018 to join other retired ships that form part of an artificial reef system to promote a healthier marine habitat.

Wright, a native of Scotland who has spent time in New York and London, said exhibitions from local artists will be an important feature of the revamped space. There also will be regular summer concerts, some free and others ticketed, including this year's Cape May Jazz Festival

"We want to make it a great place for ferry passengers to have a great time and to hang out here before and after, but we also want to make it a destination for people who live here in Cape May County," Wright told the Press of Atlantic City.

Additional plans for the terminal include a series of outdoor shops and public attractions from bocce ball courts to table tennis and hammocks. The outdoor portion of the renovations is set to be completed in 2023.