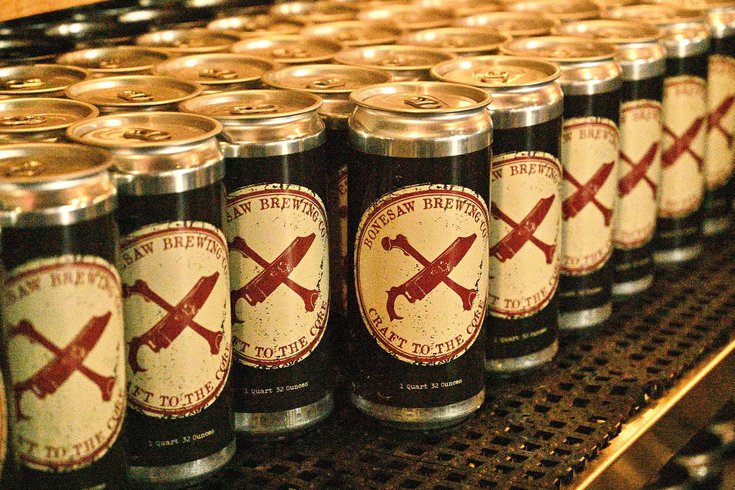 Bonesaw Brewing Company, based in Glassboro, will open its second brewhouse at the Deptford Mall in late 2022.

The origins of South Jersey's Bonesaw Brewing Company date back to the early 1990s and the infancy of the nation's craft beer boom, which has spawned countless flagship brands and microbreweries in New Jersey.

Based in Glassboro, near Rowan University, Bonesaw was founded by Dr. Rich DiVerniero, an orthopedic surgeon who developed a knack for home brewing while he was in medical school. DiVerniero teamed up with his brothers-in-law to create Bonesaw, a brewery that boasts an extensive beer list including ales, lagers, stouts, IPAs and a handful of barrel-aged specialties.

The brewery's 20,000-square-foot facility and first brewhouse opened in 2018, separating Bonesaw from the pack with its high-efficiency, mash-filter system that reduces waste and speeds up turnaround. The family business has gained wide recognition, catching on with several dozen restaurants and building a growing distribution network.

Now, Bonesaw Brewing Co. is headed to the Deptford Mall, where it will open an 8,000-square-foot craft brewery and taproom called Bonesaw Pilot House. The brewery will join the Round1 bowling alley and arcade in the space formerly occupied by Sears, whose vanishing footprint has opened up creative opportunities for new mall tenants.

The Pilot House is slated to open in late 2022. Construction has already begun.

In an Instagram post, Bonesaw Brewing Co. shared its excitement about adding a second location in South Jersey.

"The Pilot House will offer a truly unique Bonesaw experience with one-off or 'pilot' batches along with some of our flagship offerings," the brewery wrote.

Guests at the upcoming taproom also can expect to find packaged goods and merchandise. The 15-barrel brewhouse is expected to have indoor and outdoor seating with a private event space, DiVerniero told the Courier-Post.

Bonesaw Brewing recently expanded its production facility in Glassboro and figures to be a rising player in the craft beer world in the years ahead.