The rapid decline of a one-time pillar of American retail continues while PREIT, Transformco look ahead to the next steps 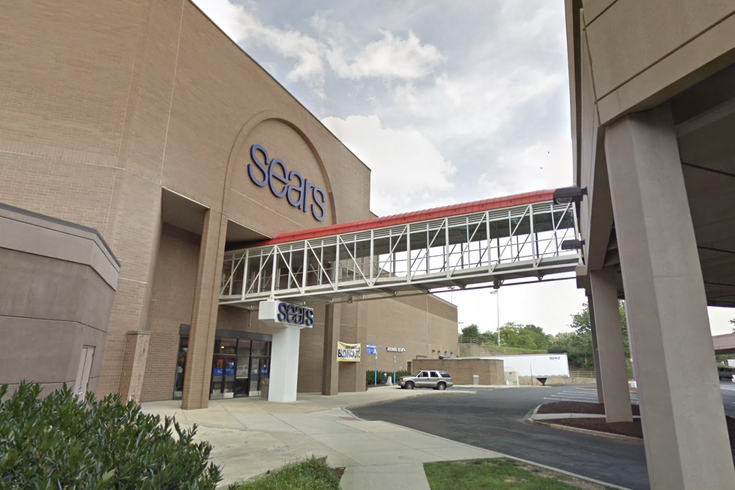 The Sears department store at Willow Grove Park Mall, the company's last full-service location in Pennsylvania, is closing in the first half of 2022. The store opened at the mall in 1987.

The Sears department store at Willow Grove Park Mall in Montgomery County will end a run of more than three decades when it closes for good in the coming months.

The closure also will erase the once-dominant department store's last full-service presence in Pennsylvania, a notable checkpoint in the long-term decline that has seen the Sears name and workforce fade in the United States in recent years.

A spokesperson for the mall, which is operated by PREIT, confirmed on Tuesday the impending Sears closure.

Sears opened at the Willow Grove Mall in 1987, five years after the upscale shopping destination, built on a former amusement park property, had opened. Occupying the building's three levels, Sears sold a full array of apparel, appliances, home furnishings and other products that once helped the company become one of the nation's premier retail destinations.

Sears also once had a significant stake in the Philadelphia market, where the department store's former mail-order hub and 14-story tall clock tower had loomed above Roosevelt Boulevard for decades until the Sears catalogue ceased publication in 1993. The building, Sears' second largest plant, was demolished a year later.

The decline of Sears was accelerated when former CEO and Chairman Eddie Lampert merged the business with Kmart in 2005. Both brands began to see their store numbers dwindle as online retail emerged in subsequent years and Amazon grew into a dominant economic force.

The surviving assets of Sears Holdings were purchased out of bankruptcy for $5.2 billion by Transformco, a company founded by Lampert with the intention of adapting Sears and Kmart to face new market realities. The company acquired the Sears Hometown and Sears Outlet stores, many of which are independently-owned or franchised, small-format concepts.

Full-service Sears department stores have disappeared in recent years from malls in the Philadelphia region, including ones in King of Prussia, Oxford Valley, Neshaminy and at the Deptford and Moorestown malls in South Jersey. Stores in Harrisburg, Media and Camp Hill also have closed in the last year.

Willow Grove is the last one standing in Pennsylvania, but its days are running out.

PREIT marketing director Karisa Washam said the Sears' departure is not indicative of the overall economic health of the Willow Grove Park Mall, which has revamped its offerings during the past few years. That includes plans for a Tilted 10 entertainment center, featuring a mini golf course, bowling alley and other games and attractions, which will occupy space that was once part of the JCPenney store that closed in 2017.

"While we are sad to see our longstanding tenant close, PREIT has extensive experience in replacing department stores and bringing new-to-market concepts to our portfolio, as evidenced by the upcoming addition of Tilted 10 here at Willow Grove Park and the recent redevelopment of the Macy’s box at Plymouth Meeting Mall with 5 tenants – Dick’s Sporting Goods, Michael’s, Burlington, Edge Fitness and Miller’s Ale House," Washam said.

On Tuesday, Transformco said closing the Sears was part of a plan to "redevelop and reinvigorate the property" and "unlock the value of the real estate."

Redevelopment plans for the Sears space at the mall will be revealed as they are finalized, but Transformco is excited about the next chapter in Willow Grove.

"Building off the regional draw of the mall and our existing tenant, Primark, there is strong redevelopment potential for this site," Scott Carr, Transformco's president of real estate, said. "We intend to reinvigorate and maximize the value of the real estate to meet the needs of the Willow Grove market."

The company's overall strategy for Sears and Kmart stores has been to create a diversified portfolio consisting of a small number of larger, premier stores and a larger number of small-format stores, the company said. Hometown Stores and Home & Life stores will be explored in cities and towns that previously had department stores, but it's unclear whether either concept is under consideration for Willow Grove.

In recent months, the Sears in Willow Grove has featured blowout sales that foreshadowed an impending closure. The store retains some sentimental attachment among those who have watched the mall's evolution over the years. Those who want to pay a last visit should have a chance to do so before the store shuts down for good in the early spring. The exact date has not been announced.