The company, founded in 2013, is now valued at $15 billion as it expands internationally 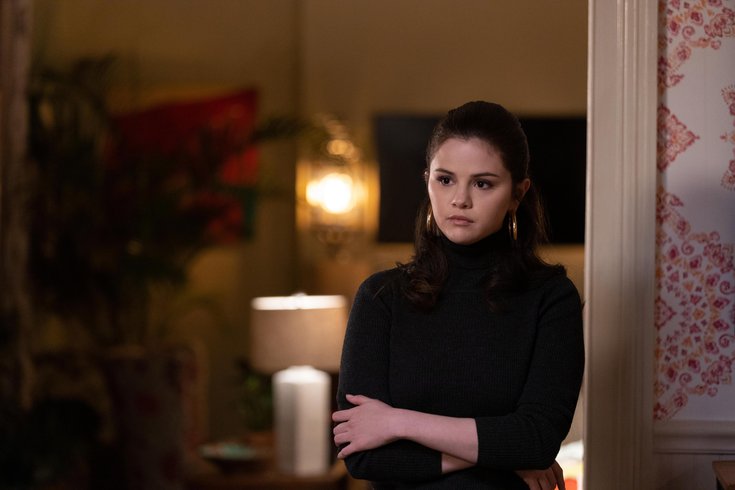 As part of her investment in Gopuff, Selena Gomez will help promote the Philadelphia-based company and the platform will carry her Serendipity Brands ice cream based out of New York City. The photo above shows Gomez in a scene from Hulu's 'Only Murders in the Building.'

Musician, actress and entrepreneur Selena Gomez has taken a shining to Gopuff, the Philadelphia-based digital delivery service that has been valued at $15 billion as it charts an international expansion.

Gomez, 29, will reportedly make an investment in the company after having her own positive experience with the company's speedy delivery of essentials.

"The first time I heard about Gopuff was one night when I was hanging out with some friends at home," Gomez told Fortune. "We needed something from the store, but no one wanted to hop in the car and drive, so someone suggested Gopuff. I was blown away by how quickly our order arrived. After that, I started hearing their name and seeing the Gopuff brand pop up all over."

Gopuff was founded in 2013 by Drexel University graduates Yakir Gola and Rafael Ilishayev, who envisioned a platform that would meet the "instant needs" of consumers by warehousing essentials that could be delivered locally in 30 minutes or less.

The company's model has challenged traditional convenience stores by offering fast, easy access to household items that it stocks and can dispatch from its inventory at strategically located micro-fulfillment centers. That includes everything from over-the-counter medicines and cleaning supplies to pet food, snacks, alcohol, condoms and other commonly purchased items.

Headquartered in Northern Liberties, the company has attracted major attention from investors across the United States and in Europe. It has expanded to more than 550 micro-fulfillment centers in its expanding territory, which is highly concentrated in urban areas and their surrounding suburbs.

A series of major investments over the last year have driven Gopuff's valuation up significantly, giving the company the runway it needs to expand its footprint, acquire other companies and strengthen relationships with local business partners to bring their products to the company's platform.

Gomez is a co-owner and partner of Serendipity Brands, a New York City-based ice cream company that will soon be available to Gopuff customers as part of the agreement she reached with the startup.

"For celebrities like Selena to promote a product on social media and within 20 minutes, have it at someone's door is game changing for brands," Gopuff senior vice president Dan Folkman said of the collaboration with Serendipity.