The company has nearly quadrupled its value in just one year 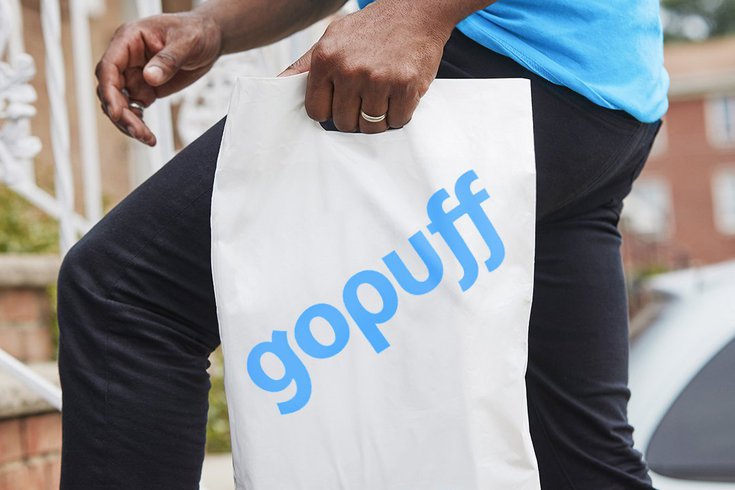 A new round of funding from investors pushed Gopuff's valuation to $15 billion. The Philly-based company says it plans to expand is footprint in the U.S. and Europe.

Gopuff has secured $1 billion in funding from new investors and plans to use the money to expand its footprint in the United States and abroad.

The investments come four months after Gopuff announced it had raised $1.5 billion in a previous funding batch, which brought its valuation to $8.9 billion at the time.

The Philadelphia-based company has benefited from the COVID-19 pandemic. The lockdowns implemented last year forced people to stay indoors, making instant grocery delivery a lucrative idea. Gopuff has raised $2.5 billion in funding over the past 10 months, TechCrunch reported.

Gopuff said it will start deepening its expansion into the United Kingdom and across Europe with the new funding.

"As Gopuff continues to define the instant needs economy, we are thrilled to have new leading global partners onboard, along with the support of our longtime investors," co-CEO Rafael Ilishayev said. "This funding round is further validation of the success of our model and will enable us to continue to do what we do best: deliver an unmatched customer experience."

Earlier this year, Gopuff partnered with Uber to allow customers in more than 95 cities to order groceries from Gopuff through Uber Eats. It acquired Fancy, a U.K.-based grocery delivery platform and launched Gopuff Kitchen, which brings made-to-order food to customers. It also bought rideOS, a software company that optimizes delivery routes for drivers.

Gopuff currently operates 450 sites across North America and the U.K., including 285 "micro-fulfillment centers."

Other food delivery services, like Door Dash and Grub Hub, have begun expanding the range of products their customers can order, including cleaning supplies and medicine products that Gopuff offers, CNBC reported. Amazon's 2-hour Fresh service and Instacart also have expanded their categories to cover more of Gopuffs products.

The funding announcement comes as some Gopuff drivers, who are independent contractors, are pushing for changes in pay rates and scheduling. Drivers in more than 77 cities across the country have signed a petition calling for better conditions.

"Many of us depend on the flexibility of gig work to accommodate caretaking needs, disabilities and other jobs. But on GoPuff, we can be terminated for missing a single shift, with no protection or sick time," the petition reads.