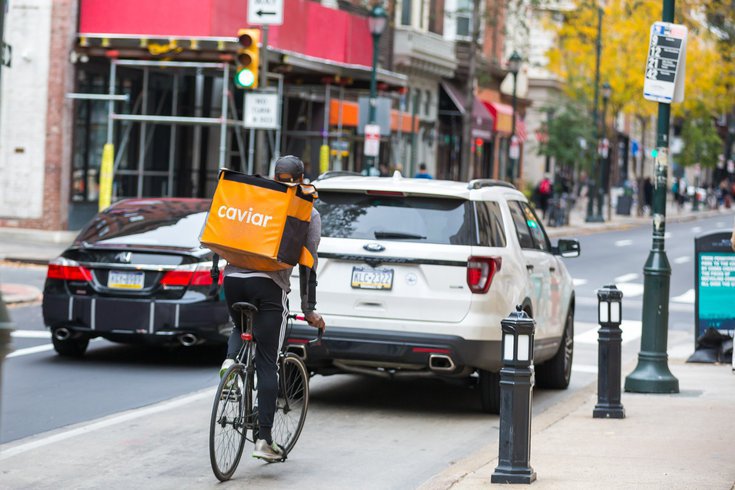 City Council passed legislation last year that temporarily imposed a 15% limit on food delivery fees in Philadelphia for the duration of the COVID-19 pandemic.

Legislative efforts to curtail how much food delivery services can charge Philadelphia restaurants took another step forward Thursday when City Council passed a bill that would permanently cap delivery fees at 15%.

The measure would impose a maximum fee that third-party food delivery services like GrubHub, DoorDash and UberEats could charge to restaurants, bars and other establishments in the city.

Food delivery services that charge fees in excess of 15% would be subject to $300 fines. Repeat offenders could see fines ranging from $1,000-$2,000, according to the legislation.

However, restaurants that wish to have higher fees in exchange for additional services beyond basic delivery and marketing would be permitted to opt out of the 15% cap.

Supporters of the bill say that it will help restaurants, bars and other food service establishments make more of a profit as they continue to recover from the COVID-19 pandemic.

"With this legislation, restaurants will be guaranteed a 15% fee cap if that is what they choose,” Majority Leader Cherelle Parker said. “Choice is the operative word here. I believe we can move forward in a way in which is beneficial for the restaurants, but also works for these third-party delivery companies.”

The bill now heads to Mayor Jim Kenney's desk for final approval. The mayor's office said it is currently reviewing the legislation. During a committee hearing on the bill last month, city officials said it supported "the overall intent of this legislation."

Parker introduced the bill in September to build upon legislation passed last year that temporarily imposed a 15% limit on food delivery fees in the city. The 15% fee, which goes towards a company's delivery and marketing services for a restaurant, would remain in place for the duration of the public health emergency and at least 90 days after it expires.

After the pandemic halted both indoor and outdoor dining, many restaurants depended on takeout and delivery to stay in business. But many establishments had to front the higher delivery fees for customers and take in a smaller profit, making a recovery from the public health crisis even more challenging. Delivery rates at one point reached as high as 30-40% of the total bill.

Third-party food delivery service companies have said that a fee limit could lead to higher prices for customers and lower rates for delivery drivers.

A court battle on the matter could be coming. DoorDash, GrubHub and UberEats all sued New York City in September after making a similar delivery fee cap permanent.

Thursday's vote was just the latest effort by City Council to make certain COVID-19 pandemic policies permanent in an effort to support the recovery of Philly's restaurant and food services industry.

Last week, City Council unanimously approved legislation that will permanently allow outdoor dining setups to remain in some areas of Philadelphia. Mayor Kenney has indicated that he will sign the bill.