The soccer-star-to-the-NFL clamor won't die down, and Tampa is the latest team in the crosshairs 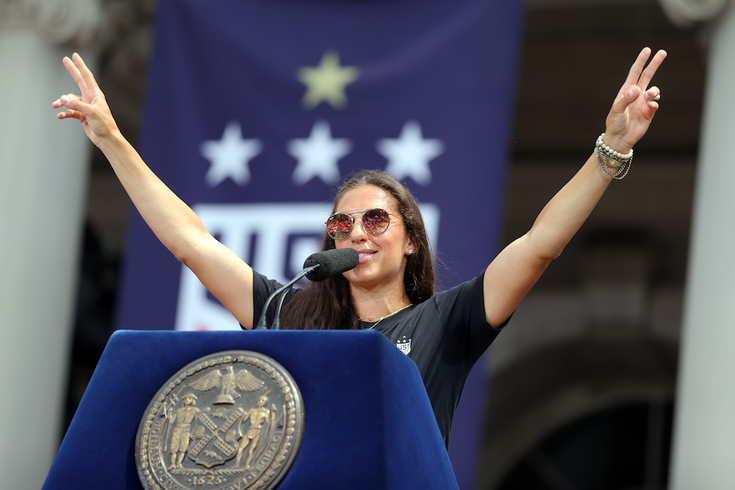 Prospective NFL kicker Carli Lloyd popped up in an advertisement for Secret Deodorant this week, where she trolled the Tampa Bay Buccaneers without mercy.

Earlier this year, before Eagles fans were roiled by their own team's futility, local hero and world class kicker-of-balls Carli Lloyd showed off her unmistakable ability to (accurately) kick the hell out of a football by drilling a 55-yard field goal.

Video of the kick went viral, and soon rumors were swirling about a potential training camp invite from one of the NFL's 32 teams. Nothing ever materialized, unfortunately, though New York Jets fans were longing for Lloyd to join their team after a brutal Week 1 loss.

This week, three weeks into the NFL season, Lloyd popped up in an advertisement for Secret Deodorant that trolled the Tampa Bay Buccaneers without mercy:

Women may not play professional football (yet) but it’s time for a level playing field. @CarliLloyd is #AllStrengthNoSweat pic.twitter.com/JJExtrBKaW

Why the Bucs? Maybe because kicker Matt Gay missed two – two! – extra points in the team's one-point loss to the Daniel Jones-led Giants, and then he missed a 34-yard field goal (hence the tweet) to seal the loss for Tampa Bay.

The Bucs are the same organization, you'll remember, which drafted Roberto Aguayo in the second round of the 2016 NFL Draft, a ghastly misuse of resources. Aguayo was cut before he could begin his second season with the team, and has a career field goal percentage of 71%.

Whether Lloyd could actually help the lowly Bucs isn't exactly clear, though it doesn't seem she would hurt their chances of winning games more than Gay's performance did.