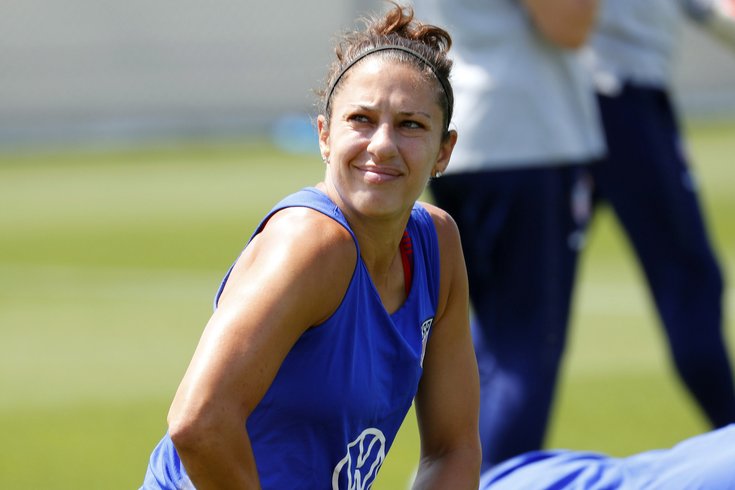 Earlier this week, U.S. Women's National Team star and New Jersey native Carli Lloyd showed off her unlimited athleticism down at the Eagles' practice facility in South Philly. She banged through a 55-yard field goal after practice had ended, and immediately the sports world was buzzing.

It's no secret that Lloyd, who took the soccer world by storm during the USWNT's run to their 2015 World Cup title, is a world-class soccer player. But could she already be one of the best in the world in a second sport?

According to Lloyd, in an interview with Planet Fútbol TV, she's already received at least some interest while training camp is still going on for the NFL's 30 teams:

Carli Lloyd tells Planet Fútbol TV she has "definitely gotten some inquiries" from football teams after hitting a 55-yard field goal with the Eagles and Ravens this week. "Anything is possible," she adds.pic.twitter.com/UTlMLRw8ib

Here's the pertinent snippet from the segment, coming after the Planet Fútbol hosts ask Lloyd if she's heard from any teams about a kicking tryout:

"You know, there's been some interesting chatter about it. I think anything is possible.

"It's been really interesting, because for me, I'm just an athlete, I'm a competitor, but so many other people, they're starting to think, 'Will there ever be a female in the NFL, at some point?' And I think we're kind of at that crossroads, as far as equality and just women empowerment. So you're kind of being in the crosshairs of that.

Frankly, it's not that crazy. Lloyd draining a 55-yard field goal, on skinny uprights, without anything in the way of formal NFL training is pretty exceptional. Her run-up was a little long, as many detractors have been quick to point out, but the leg strength is clearly there.

We're not saying Lloyd will be on an NFL roster come Sept. 8, but a team taking a flier on giving Lloyd an NFL tryout before the season begins shouldn't be ruled out, even if it's just purely out of curiosity.