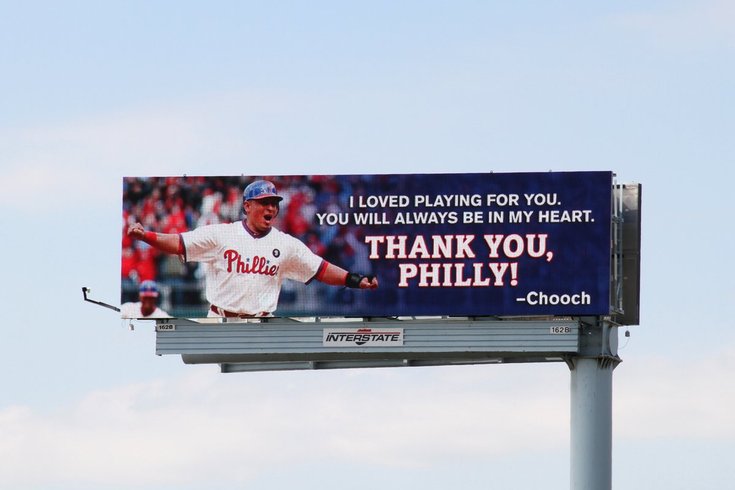 Carlos Ruiz took out a billboard.

When Chase Utley, Cole Hamels and Jimmy Rollins’ wonderful runs in Philadelphia ended, they both elected to thank Phillies fans with full-page advertisements in the local newspapers.

Carlos Ruiz wasn’t as good as either Rollins, Hamels or Utley, but he was arguably the heart and soul of the 2007-2011 Phillies that captured five straight division titles, two pennants, and one World F@$%!^& Championship. “Chooch” seemed to be in the middle of everything, and for that reason, he will always be a popular figure in Philadelphia.

And thanks the Inquirer’s Matt Gelb, we see that Ruiz decided to go big, taking out a billboard on I-95:

A farewell message seen on I-95: pic.twitter.com/bpMg47XvEb

Ruiz has appeared in six games with the Los Angeles Dodgers since getting traded from the Phillies last month. For the second straight October, L.A. should have more fans in the Delaware Valley than usual.