Spend the holiday watching one of the most romantic movies together 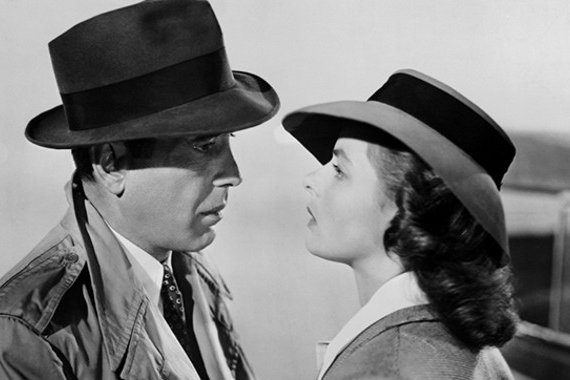 "Casablanca" is one of the best-known and enduringly beloved classic Hollywood films.

The black and white movie was released nearly 80 years ago, but its most memorable lines are still quoted often ("Here’s looking at you, kid" ... "Of all the gin joints in all the towns in all the world, she walks into mine...").

On Valentine's Day, bring a date to a screening of the romantic film starring Humphrey Bogart and Ingrid Bergman.

The movie will be shown at the Philadelphia Film Center (formerly The Prince Theater) in Center City at 7 p.m.

Before it starts, a musician will perform for movie-goers. The Film Center's own Rick's Cafe will also be open for business for attendees to grab cocktails.

Tickets are $9 per person (seniors receive a discount).