After more than three years at the station, the Philly native's final broadcast will be Wednesday 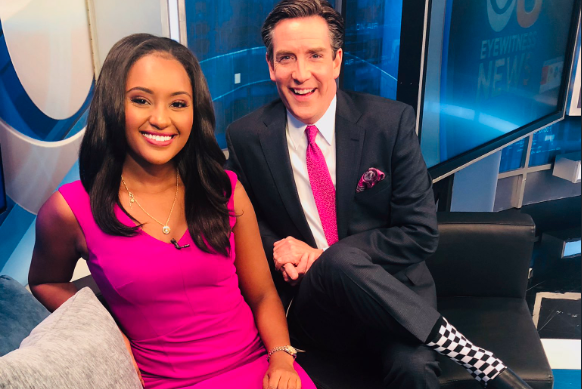 Rahel Solomon will leave CBS3 after more than three years at the station for a job at business news network CNBC. Solomon is seen above with Jim Donovan, her co-anchor on 'Eyewitness News This Morning' and 'Eyewitness News at Noon.'

Rahel Solomon is leaving CBS3 after 3 1/2 with the station to join CNBC.

The West Philly native started with CBS3 in September 2015 as a general assignment reporter. She's been co-anchor with Jim Donovan on the A.M. newscast "Eyewitness News This Morning" and "Eyewitness News at Noon."

Solomon will move to business reporting at the New York-based network in late March, according to her announcements on Twitter and Instagram on Tuesday. Her last day at CBS3 will be Wednesday, Feb. 27.

Some personal news: after 3.5 years - tomorrow will be my last day @CBSPhilly . It has been a pleasure and a privilege but I am so excited to announce beginning in late March, you can watch me on @CNBC . While I will miss my hometown and certainly the viewers, I am thrilled !

I knew saying goodbye would be hard but didn’t think it’d be THIS hard. Thanking my colleagues for the wonderful gestures and goodbyes. Philly, you were everything I could’ve asked for and more. The last 3.5 years you welcomed me into your homes everyday and for so many major events. We welcomed Pope Francis here, hosted the DNC, watched the Eagles win their first Super Bowl and cheered on Villanova as they won two more championships. It’s been a pleasure and a privilege but tomorrow/Wednesday will be last day at CBS 3. I am so excited to announce beginning in late March, you can watch me on @cnbc :) While I will miss my hometown and certainly the viewers, I am thrilled for this new adventure ! Thanks for all the love and support ❤️

Before returning to her hometown, Solomon worked at KCNBC in Denver, where she covered the trial of Aurora movie theater shooter James Holmes and the 2014 floods in Colorado. In 2015, she was named the Colorado Association of Black Journalists' broadcast journalist of the year. She also worked as production assistant in Philadelphia at WCAU-TV.

In addition to West Philly, Solomon was raised in Delaware County and attended Archbishop Prendergast High School in Upper Darby.