The former NFL star, who has a history of generosity with waitstaff, is spending the summer in Philly 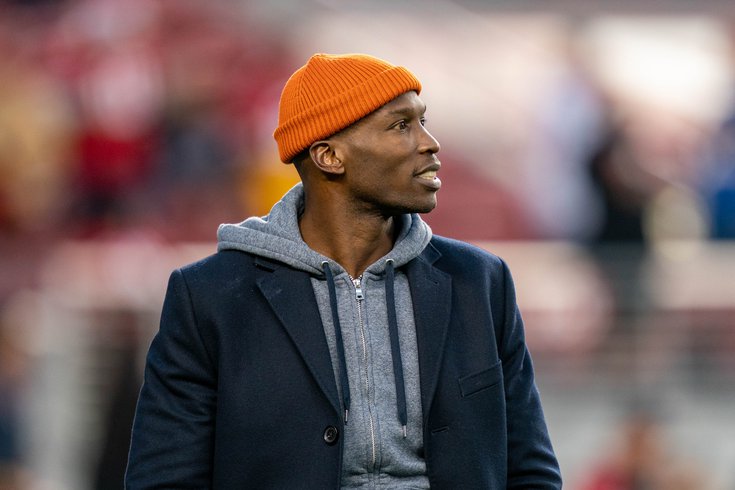 Former NFL wide receiver Chad Johnson is spending his summer in Philadelphia, where he left a generous tip last weekend for a server at Green Eggs Café in Center City.

Former NFL wide receiver Chad Johnson has been living his best life in Philadelphia in recent weeks, sharing his travels around the city on social media and even contemplating a possible move here.

He thinks the people of Philadelphia are a nice bunch.

I’m moving to Philly, people are so fucking nice 👍🏾

That is definitely not always true, of course, but Johnson has also shown he's plenty capable of dishing nastiness back at people who haven't embraced his positivity.

On Sunday morning, Johnson woke up and decided he wanted some brunch, so he went to the Green Eggs Café at 13th and Locust streets in Center City. He was so pleased with the service he received that he left his server a great tip. The server, Sarah Morison, told 6ABC that Johnson left her $1,000, which she split among the waitstaff.

What a beautiful Sunday morning in Philly, going to try Green Eggs Cafe for breakfast 🍳

Johnson, 44, has a history of leaving generous tips at restaurants. Last year, he left a $1,300 tip at Thirteen Houston, the Texas restaurant owned by Sixers star and former Rocket James Harden.

On another occasion last spring, he offered $1,000 to "anybody in Jacksonville" who would give him a ride to Starbucks.

.@ochocinco offered $1K to anyone who would get him Starbucks. This fan came up clutch 🙏 pic.twitter.com/FKZ4tQS3ey

Johnson was an electrifying receiver who spent 11 seasons in the NFL, all but one of them with the Cincinnati Bengals. He racked up an impressive 11,059 career receiving yards and 67 touchdowns, excelling as both a vertical threat and a gifted route runner. His career yardage total ranks him 37th in NFL history, just behind DeSean Jackson and ahead of Joey Galloway.

Johnson famously changed his last name to Ochocinco in 2008 for his No. 85 — even though it would actually be ochenta y cinco in Spanish, but whatever. He went back to Johnson in 2012. Over the years, he's generally developed a reputation as a laid back dude who likes to joke around, and has collaborated with former Eagles receiver and Bengals teammate Terrell Owens on a number of media projects.

While in Philly, Johnson has also had a chance to meet Phillies star Bryce Harper and swung by Pat's King of Steaks for a cheesesteak.

Somebody lied to me, the cheesesteak at Pats was awesome good & the employees were fucking nice to me & said “I love you” 🔥

As for what brought Johnson to Philly, he seems to be training as a boxer and plans to be in the city for the next two months. He made his boxing debut last year.

"My life has always been about taking chances and doing crazy stuff – this was on my bucket list," Johnson told ESPN after his first bout, a loss to Brian Maxwell. "This was a message to everyone out there: Don't be scared to take chances. Don't be afraid to fail. It's OK."