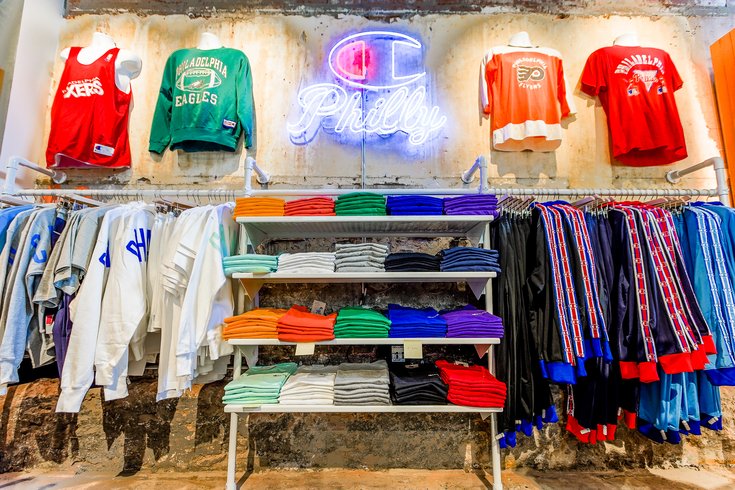 Inside the Champion store on Walnut Street.

Champion, the iconic athletic wear brand, is getting ready to celebrate its 100th anniversary.

The official anniversary weekend to commemorate a century of being in business will take place Friday, May 3, through Monday, May 6.

There will be specials and deals both online and locally. Champion opened a brick-and-mortar store on Walnut Street in March.

RELATED: United By Blue's warehouse sale to be held at Cherry Street Pier

• In-store gifts – Champion stores will be gifting a Century Collection hoodie or a commemorative Dolman Reverse Weave sweatshirt made from the blue print of the original 1938 Reverse Weave crew all weekend (while supplies last).

• Gift with online purchase – From May 3 to May 6, Champion.com will be offering a free Century Collection hoodie (priced at $70) with every $100 purchase (while supplies last).

• Special discounts – Offering a 25 percent discount on the Century Collection for a limited time.

• Customization – Limited edition 100 year-themed patches will be available for customization on T-shirts, hoodies, joggers and crews at every store.

• In-store activities – Celebratory events will be happening in stores, from DJs to complimentary treats.