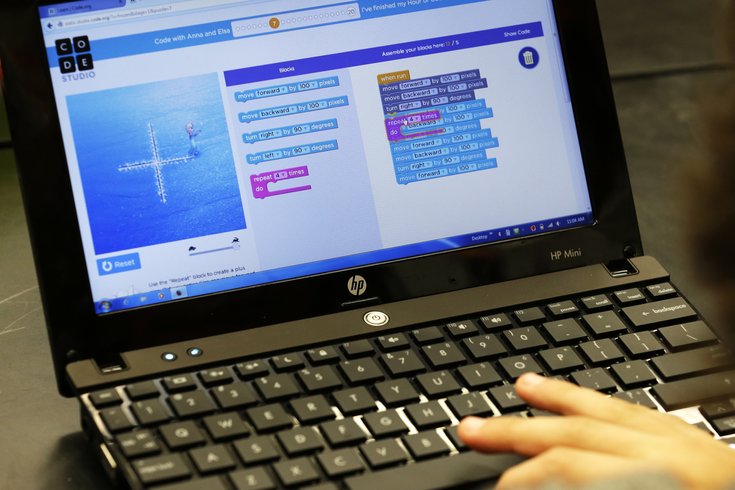 Coded By Kids is a nonprofit that teaches disadvantaged, urban children the skills they need to work in STEM-related fields.

Read More
WASHINGTON/BOSTON - Two Vietnamese citizens and a Canadian have been charged with running a massive cyber fraud ring that stole 1 billion email addresses, then sent spam offering knockoff software products, the U.S. Department of Justice said on Friday.
Court documents did not identify the email companies that were victimized, though the Justice Department described the hacking spree as "one of the largest" data breaches uncovered in U.S. history.
Viet Quoc Nguyen, 28, is charged with hacking at least eight email service providers between February 2009 and June 2012.
The government alleges that Nguyen and Giang Hoang Vu, 25, both Vietnamese citizens, used the stolen email addresses to identify tens of millions of people who they targeted in a spam campaign. The spam emails directed recipients to websites selling software that was falsely branded as Adobe Systems Inc's <ADBE.O>.
Both men resided in the Netherlands. Vu, who was extradited to the United States in March of last year, pleaded guilty on Thursday to conspiracy to commit computer fraud.
Nguyen remains at large.
The other defendant, Canadian David-Manuel Santos Da Silva, 33, was charged with conspiracy to commit money laundering. He is the co-owner of a company called 21 Celsius Inc, which struck up a marketing arrangement with Nguyen and Vu to generate revenue and launder the proceeds, according to the indictment.
Court documents allege that Da Silva and Nguyen received about $2 million in commissions from the sale of the software, which they marketed as Adobe Reader 10 for $65 a copy.
Da Silva was arrested at a Florida airport last month and was set to be arraigned on Friday in Atlanta federal court, according to the Justice Department.