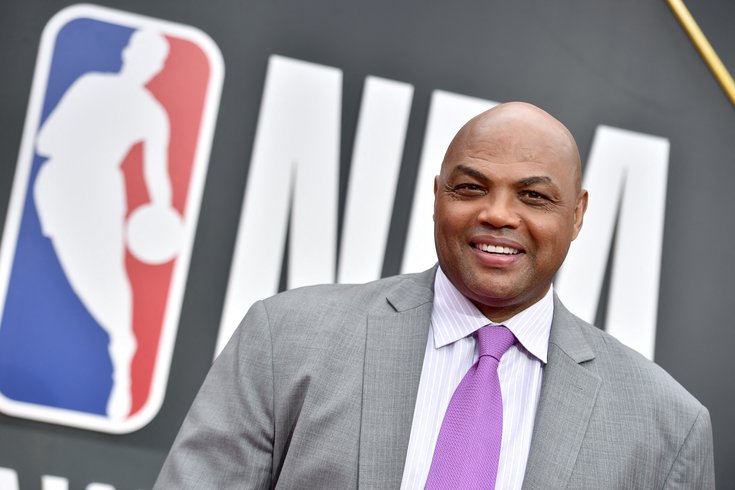 Charles Barkley accused both Democrats and Republicans of trying 'to make us not like each other so they can keep their grasp of money and power.'

Charles Barkley gave a biting critique of American politics on Saturday, accusing both Republican and Democratic lawmakers of attempting to "make the whites and Blacks not like each other."

The Basketball Hall of Famer's comments came during CBS' pregame coverage ahead of the 2021 NCAA Men's Final Four in Indianapolis. The former Philadelphia 76er has been working as an analyst for CBS and Turner Sports during March Madness.

The pregame show featured a filmed segment of Sen. Robert F. Kennedy telling a crowd in Indianapolis on April 4, 1968 that Dr. Martin Luther King Jr. had been assassinated that same day in Memphis. The Democratic presidential candidate, who would be assassinated himself just two months later in Los Angeles, called on Blacks not to retaliate with violence.

Barkley was then prompted by host Ernie Johnson to weigh in with his thoughts after the segment had aired.

"I think most white people and Black people are great people. I really believe that in my heart. But I think our system is set up where our politicians, whether they are Republicans or Democrats, are designed to make us not like each other so they can keep their grasp of money and power. They divide and conquer," Barkley said.

Social media responded with mixed reviews to Barkley's comments. While many applauded him for his blunt honesty, some accused the TV analyst of practicing false equivalence.

"Let's make the whites and blacks not like each other."

Charles Barkley shared a powerful message about how politicians want black and white people to hate each other.

Props to him for having the courage to speak up and speak bluntly. pic.twitter.com/TAo7ARC8gM


We’re all humans. Shout out to Charles Barkley for hitting the national audience with the truth. pic.twitter.com/fbbBuh2LZh


This isn’t truth. This is ignorance Charles Barkley is speaking with. Lester Holt already tried to tell you this thinking is BULLSHIT. just this week with this both sidesing garbage https://t.co/ptGbOokH5o

This is not the first time that the outspoken Barkley has weighed in on political matters.

The 58-year-old has previously shared his opinion on issues such as the NBA-China controversy, former President Donald Trump's administration, Alabama's special Senate election in 2017 and LGBT rights.