Khetag Pliev noticed the missing digit in between rounds of a match at 2300 Arena in South Philly; it was reattached at Jefferson Hospital 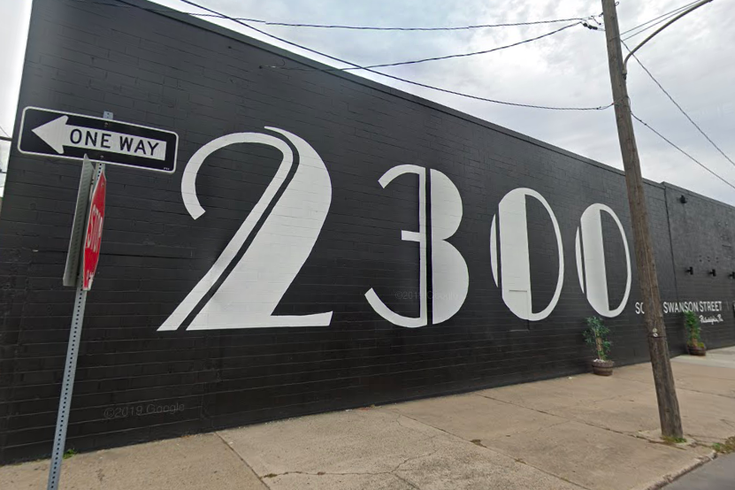 MMA fighter Khetag Pliev lost his ring finger during Thursday night's CFFC 94 event at 2300 Arena in South Philadelphia. The finger was found inside his glove and later reattached at Thomas Jefferson University Hospital.

A gruesome and bizarre scene unfolded at South Philadelphia's storied 2300 Arena on Thursday night when an MMA fighter's finger was snapped clean off his hand and went missing in action for a period of time.

The Cage Fury Fighting Championships 94 event was held at the arena on South Swanson Street, the venue where the former Extreme Championship Wrestling circuit held raucous Philly matches in the 1990s.

During a break entering the third round of a main event bout between middleweight fighter Khetag Pliev and Devin Goodale, the fight was called abruptly because Pliev discovered that his left ring finger was no longer attached to his hand. It was not an April Fools' joke. His finger was just ... gone.

Here's a bit more from MMAFighting.com:

It’s unclear how the injury might have occurred and at what point Pliev’s digit separated from the rest of his body. The fighters engaged in a prolonged grappling sequence against the fence in round two and Pliev appeared to complain about opponent Devin Goodale holding onto his glove, which drew a warning from the referee. But otherwise, none of the parties in the cage noticed if Pliev’s finger was missing.

Adrenaline is a helluva drug, apparently.

We're going to spare readers from the graphic images here, but if your curiosity can't be contained, you can check out the nasty photos at MMAFighting.com, and blame yourself if you lose your lunch.

Pliev, a professional boxer from Russia, had a record of 5-1 heading into the match with Goodale, but lost Thursday night's bout by technical knockout. That seemed to upset him more than his missing finger.

During the confusion at the venue and on the television broadcast, the public address announcer informed the crowd that a search was on for Pliev's finger, which ultimately was found inside his glove.

They just made a PA announcement at #CFFC94 that they are trying to locate a fighter's missing finger.

It evidently fell off into his glove during the bout and is missing somewhere in the venue.

“I don’t understand exactly what happened,” commentator CM Punk said on the broadcast. “We’re not gonna replay it for you, ladies and gentlemen, but it wasn’t a compound fracture. It wasn’t a dislocation, a break, a laceration. His finger was just gone. It’s gone. It fell off, ripped off.”

Pliev and his finger were taken to Thomas Jefferson University Hospital, where the digit was successfully reattached. In an Instagram post from the hospital Friday morning, Pliev vowed that the "fight is not over yet."

Some things really were just made to happen in Philly. What better place than the arena where Mick Foley, the Sandman, Sabu, Raven and Tommy Dreamer once ruled the hardcore wrestling scene? Shout out to RF Video and the ECW highlight VHS tapes they used to sell at the former Franklin Mills Mall. They're still very much alive and well online.