The law provides for fines of up to $1,000 for repeat offenses 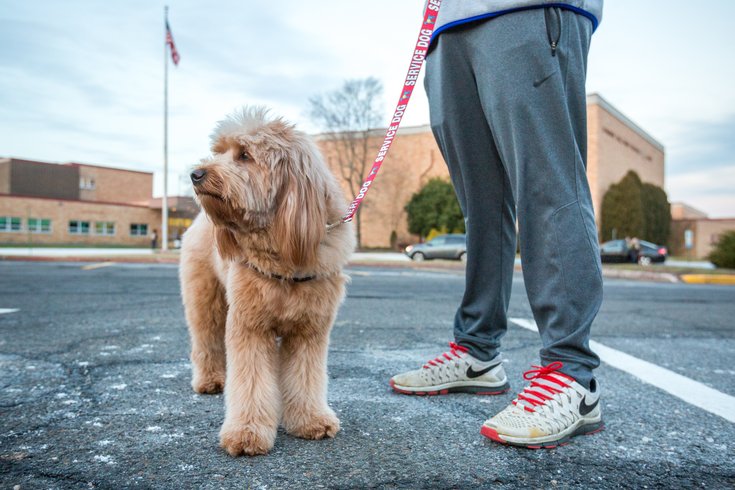 Fair warning: deny access to anyone with a service dog in New Jersey and risk a visit from the police and a fine of $250 dollars.

The newly-signed law, which kicks in two months from now, is known as “Charlie’s Law.”

The statute is named for Cherry Hill resident Ben Shore’s dog, a goldendoodle, a cross between a golden retriever and a poodle.

Ben is autistic and suffers from panic attacks. His dog helps him cope.

Shore said it was coverage by PhillyVoice and other media which lead to support and approval of Charlie’s Law.

The push for the law came after Shore was denied access to a Florida airport. The Cherry Hill School district and Shore also have clashed over access for the dog on buses and in classrooms.

Shore has become something of an internet advocate against discriminating against disabled who use service animals. "I get messages all the time from people I don't know wanting to know more,"  he said.

Eric A. Shore, Ben's father, is a civil rights attorney headquartered in Philadelphia. His firm has begun handling service dog issues as a result of his son’s advocacy.

“Ben has proven that without any help, a young man with a disability can do anything if he sets his mind to it," his father said. “Ben's story inspired our attorneys to start pursuing cases against businesses who deny access to individuals with disabilities. We will be encouraging our clients to use Charlie's Law to assist in making New Jersey more accessible to individuals with disabilities," he said.

Young Shore’s cause was taken up by political leaders on both sides of the aisle in Trenton.

One sponsor was Assemblywoman Pamela R. Lampitt, a Democrat and deputy speaker.

“People with disabilities rely on service animals in their daily lives to access opportunities and services that might be out of their reach otherwise," said Lampitt, who represent parts of Camden and Burlington counties. The law provides “immediate recourse” if access is denied,

Diane Allen, deputy leader of the Senate Republicans, was another sponsor.

“Just because a disability is ‘invisible’ doesn’t mean it isn’t real,” said Allen, whose district is in Burlington County. “Charlie’s Law will empower law enforcement to respond immediately, so people who are discriminated against in this way get swift justice.”

A second violation carries a $500 fine and a third is $1,000. The monetary fines will fund an educational component on the rights of those aided by service animals.

The new law is meant to provide an incentive for not violating current law requiring access, but the existing law is without a strong enforcement component.

“Anyone who blocks someone with a service animal from entering a public space must be held accountable," said Allen. “I am hopeful that Charlie’s Law will also help prevent these acts of discrimination and raise awareness of this issue statewide."