Chase Utley suspended for Games 3 and 4 of NLDS

Major League Baseball chief baseball officer Joe Torre has had a busy last 24 hours. The former New York Yankees, New York Mets, and Los Angeles Dodgers manager, now the league's discipline czar, has decided to suspend Chase Utley for Games 3 and 4 of the NLDS against the New York Mets. Here is the explanation (via MLB Communications): 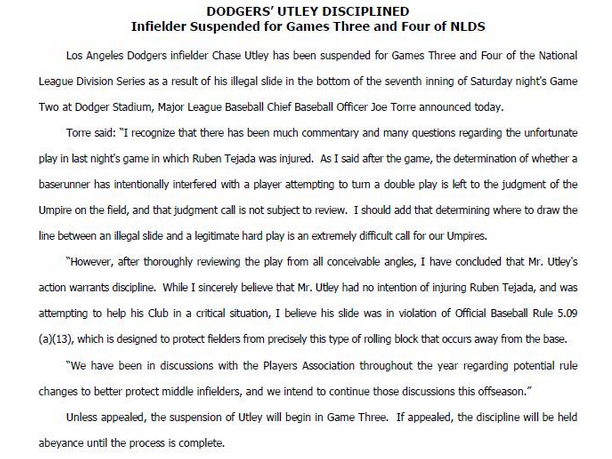 Notice at the bottom that it says Utley has the option to appeal the suspension. Now, we will wait and see if the longtime Phillies second baseman exercises that right.

Appeal by Utley will cite a number of similar slides that did not result in discipline.