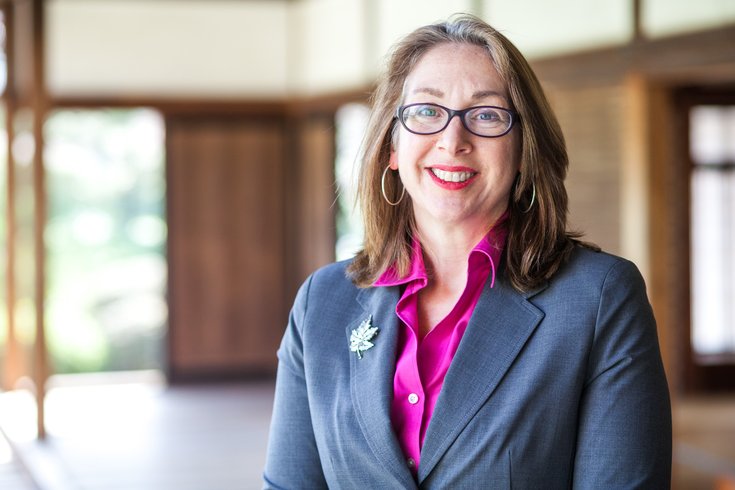 Ahead of that announcement, we caught up with Kim Andrews, executive director of Shofuso and emerging director of the combined organization, to get the 411 on what the merger means for the likes of Shofuso and the Japan America Society's annual Cherry Blossom Festival.

So, the big question at hand: Why the merger?

The two organizations, Japan America Society and Shofuso, we’ve been working closely together for many years – since before my time, and I’ve been here six and a half years now. And when I first started as executive director of Shofuso, I was extremely confused there were two organizations in the first place – the Cherry  Blossom Festival is a big event produced by the Japan America Society, and Shofuso was the spiritual center of it, and it happened all around the historic site but our organization wasn’t actively involved in planning or making it happen, which didn't seem to make sense. Both organizations over the years have started to have more arts and cultural education programming. We had to be very careful to make sure we aren’t duplicating those efforts. And many of our supporters and board members are or have been supporters or board members of Japan America Society, and vice versa. In fact, one of Shofuso’s founding board members, talking way back to 1982, was currently sitting on the Japan America Board when we started negotiating a merger. There were just tremendous connections and it seemed to make sense to come together and harness all our connections to develop programming and take care of Shofuso and advance Japanese culture at a higher level together. 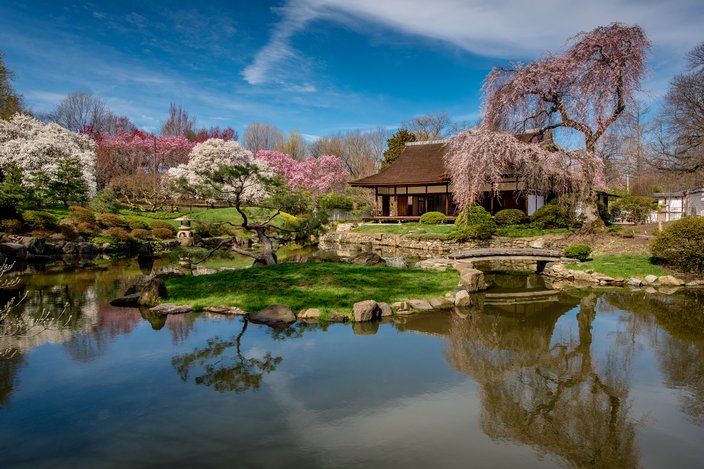 The major factor, though, was that the executive director of the Japan America Society announcing her pending retirement. Kazumi Teune, she’s been at JASP for 15 years, and she announced she was ready to retire, and when she announced her retirement I was on the board of the Japan America Society. I was a board member. My first concern was whether their organization would be able to continue to provide the programming they have during the leadership transition; in a small organization, it can often disrupt all the activities of the organization, so as a JASP board member I was concerned, and with a different hat, as director of Shofuso, I was concerned for the connections we’ve made with them and how that would advance.

And so, it actually took me maybe two days before I thought ‘Maybe this is a good time for our organizations to merge’ So I had, as a JASP board member, a meeting with another, the secretary of the JASP board ... and we had a quick discussion and she’d been thinking the same thing, that maybe the time is right for the organizations to merge. So JASP started talking about that, they started a search for an executive director while they were discussing it, and shortly thereafter I had to resign from the board of JASP; obviously, it was a conflict of interest. So when I presented the idea and they took it up as a serious idea, I resigned. So that was all on the up-and-up.Their board liked the idea. I first spoke to my board president and he liked the idea. So we formed an exploratory merger committee to start talking to see if the two organizations were ready to merge if the two board cultures were compatible and if our missions were compatible. And that merger committee has been a great thing for my time over the past six months. The first meeting I had with [the JASP secretary] was in September, and then the merger committees met for the first time just a couple weeks after that in the beginning of October. That committee, made up of members of both boards, with six people, met almost weekly for more than six months to negotiate and figure out what we could do, and it’s been amazing. This has been a very amicable and enthusiastic negotiation.

What will this organization look like? How do you plan on combining these two mission statements?

That was probably the easiest part of the whole thing. [Laughs] Because Shofuso’s mission statement was to essentially preserve, operate, maintain and present the Japanese house, to promote cultural understanding through public programs, with Japanese arts and culture, and those are our two points. Then there’s JASP’s mission statement, to promote business and diplomacy between Philadelphia and Japan, and then they also present arts and cultural Japanese programming. So we already had one entirely overlapping mission point. The four separate missions were combined into three. The new mission is preserving, presenting and interpreting Shofuso, [facilitating] the business and government sections of Japan and Philadelphia, and offering public educational programs about Japanese arts and culture. It was real easy.

And doing an analysis of our staff, we really are retaining everybody. There’s a part-time temporary bookkeeper for JASP that won’t move forward in the new organization, but that position had been a temporary position in the first place.

So you’re picking up all the programming? 'Japan 7' and all?

Yes. So, what we’ll be doing, our main programs as a merged organization, the top one will always be preserving Shofuso Japanese House and Garden, and presenting it. And that’s exciting because Japan America Society now has a physical embodiment. I’ve always said Shofuso is the physical embodiment of friendship between Japan and Philadelphia, and the Japan America Society of Philadelphia is the organization that’s worked to retain that friendship. So now we’ve got Shofuso actually as the centerpiece of JASP, which is perfect. So, that’s our main program.

Then as a merged organization, we’re continuing and expanding the Subaru Cherry Blossom Festival. We want to make that a national draw.  A national event … We’re going to continue Japanese arts, business and culture educational programming, which includes summer camp, the Japanese tea ceremony, conversation club and the Japanese language class [among others]; we’re definitely consolidating a lot of the Japanese culture that’s taking place in Philadelphia under one organization.

Any preliminary ideas for making the Philly Cherry Blossom Festival more of a national draw?

Well, I’m hoping to work with Visit Philly and create a hotel package. There [are] several events that go on around the Cherry Blossom Festival and there’s of course Sakura Sunday, which is the actual day, but there are activities throughout Philadelphia during that entire previous week. And there’s a cherry blossom 5k or 10k the Saturday before Sakura Sunday. And we also have a gala reception. So we’re gonna see about making a package to bring people from out of town and advertise it from out of town, and one thing we have done is Philadelphia's Cherry Blossom Festival has retained its Japanese character in a way some cherry blossom festivals have potentially not. A lot of cherry blossom festivals have become Americanized. There’s one in Georgia that is a cherry blossom festival, and it’s almost like, it’s turned into a Southern cultural thing where there’s a cherry blossom queen and a cherry blossom parade. It doesn’t have any real Japanese character to it. And even in Washington, which is, of course, famous for its cherry blossom festival, they’ve moved in many ways to embrace manga and anime and cosplay, which is a very great way to bring young people in, but they've embraced it and some of the more traditional Japanese cultural aspects have been not highlighted as much. We pride ourselves in retaining that authentic Japanese culture, and that's hard to find on the East Coast. We expect to be able to differentiate ourselves that way.

We already have visitors, anecdotally, who come for Sakura Sunday from Delaware and Maryland. Logically you'd think they’d go to the D.C. festival. But again, it’s evolved to have a different nature to it. Here, you listen to Japanese music, picnic under the cherry trees and you eat Japanese food. 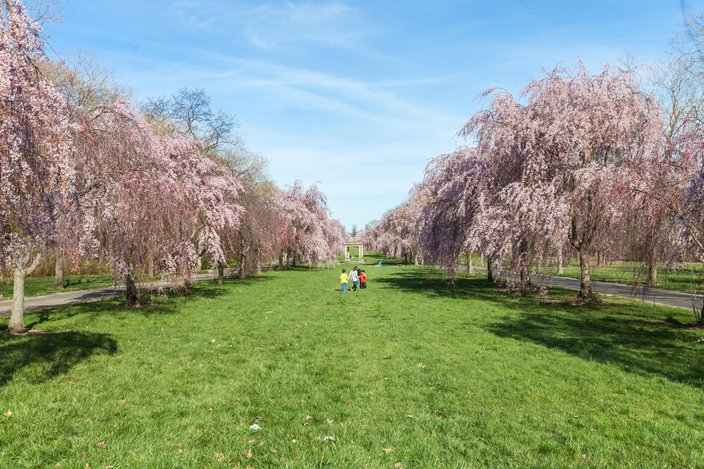 Does this new organization have a new name?

And this entire process has been generously funded by the Nonprofit Repositioning Fund, a new funder in Philadelphia. They have funded us all along the way ...

An interesting point is that we consider our implementation period to take us through the end of 2017. So we’re going to get our system integrated, databases integrated, board documentation, etc., and we’ll consider 2018 to be our big ‘out of the gate’ year. Because 2017 will be a comprehensive strategic planning process. So we’ll have a strategic plan in 2018, ’19 and ’20 when we’ll start reaching for our ambitions, our long-term goals. But I’m putting the brakes on everybody, getting the organizations merged together for the first 18 months.