A major culinary revolution is taking place in Israel 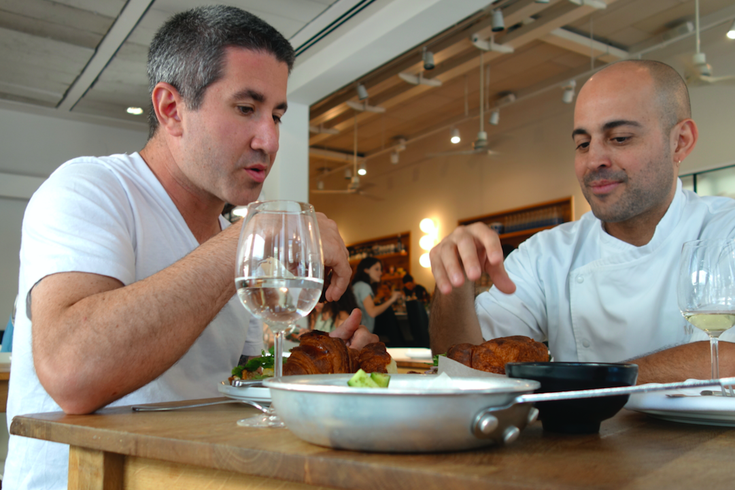 "In Search of Israeli Cuisine" is a portrait of the Israeli people told through food. Chef Michael Solomonov of Philadelphia’s landmark restaurant Zahav stars in the documentary.

"In Search of Israeli Cuisine" stars Zahav's Michael Solomonov, who has won three James Beard Foundation Awards and is in the running to win more this year.

In the documentary, Solomonov helps paint a portrait of the Israeli people through food. He speaks with chefs, home cooks, vintners and cheese-makers about their roots, traditions and inspirations.

"It may be surprising to learn that a major culinary revolution is taking place in Israel, a country so frequently associated with political drama. In just 30 years, Israel has gone from having no fine food to call its own to a cuisine that is world-renowned," according to the film description.

Beginning March 31, Philadelphians can watch the film at the Ritz 5 in Old City.

View the trailer below.

"In Search of Israeli Cuisine"