James Anthony Battista ran the child care facility from his home. Police have identified four alleged victims and believe there could be more

Kristen Oswald, of Royersford, Montgomery County, died during an Ironman triathlon in Ohio on Sunday after being struck by a commercial truck struck while she was cycling on the course.

The owner of a Chester County daycare, which had been run out of his private home, was arrested and charged on Wednesday with allegedly sexually assaulting at least four children. 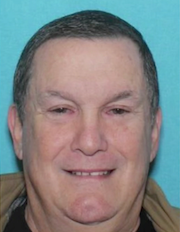 Since then, an investigation allegedly discovered three other victims between the ages of 3-7 years old who detailed similar sexual assault accusations. Those incidents span 2006 to 2009. Police said they have reason to believe there are more victims who have yet to come forward.

Little Friends Daycare was operated out of Battista's home on the 2700 block of Newark Road in Penn Township. It closed in 2010 when Battista moved to Delaware County.

Battista operated the daycare with his wife, who has not been charged.

He remains in a Chester County prison on $500,000 bail. A preliminary hearing was scheduled for March 19.