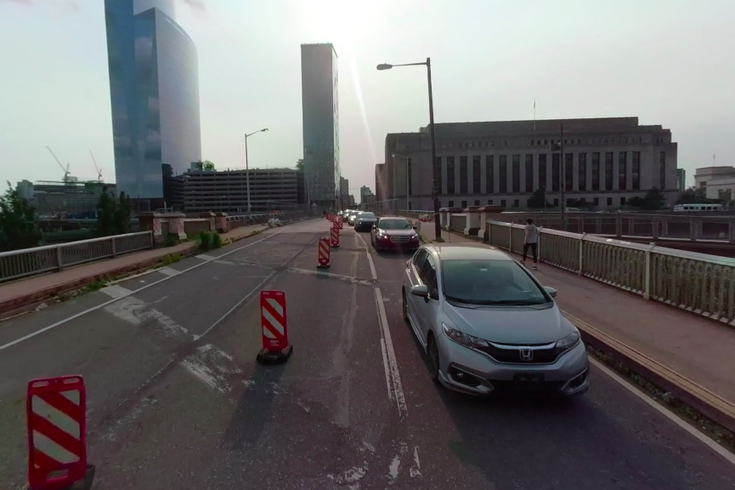 The Chestnut Street Bridge in Center City will be closed for construction until August 2020. Detours will provide other options for motorists, cyclists and pedestrians to cross the Schuylkill River.

The Chestnut Street Bridge over the Schuylkill River in Center City will close for one year of repairs beginning next week, PennDOT officials announced.

The eastbound bridge, now 62 years old, is scheduled to undergo rehabilitation that includes replacing the deck and repainting the steel superstructure. Crews will also build wider sidewalks, install a decorative barrier and railings, create a new trellis at the Chestnut Street Trailhead to the Schuylkill River Trail, and create a dedicated bike lane on the north side of Chestnut Street between 34th Street and 22nd Street.

Officials said the bridge, which carries approximately 18,664 vehicles per day, is scheduled to close some time after 8 p.m. on Monday, Aug. 5.

Motorists and cyclists heading east from West Philadelphia will be detoured north on either 38th Street, 36th Street or 33rd Street to east on Market Street, then across the river to 23rd Street.

Chestnut Street motorists in the vicinity of 30th Street will also be able to turn left on Schuylkill Avenue to access either eastbound Market Street or John F. Kennedy Boulevard across the river to Center City.

An alternate detour for cyclists will be to take 38th Street or 34th Street south, turn left on Spruce Street, then east on South Street across the river to 22nd Street.

Pedestrians will be detoured to either the Market Street or Walnut Street bridges over the river.

The project is part of a $103.6 million initiative that includes the rehabilitation of seven other nearby structures, with work continuing through 2020.