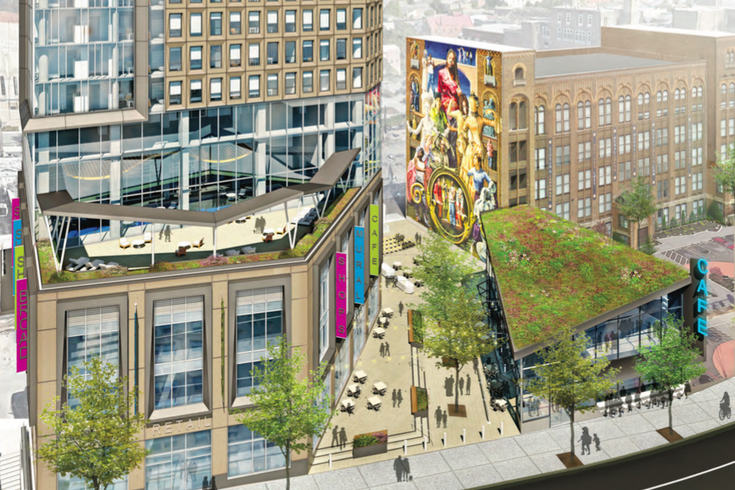 Residential development in North Philadelphia is continuing to pick up steam as plans for two large apartment towers appear ready to move forward.

The projects reviewed Tuesday by Philadelphia's Civic Design Review board both sit on North Broad Street, home in recent years to several large residential and commercial projects (most notably the restoration of the Divine Lorraine and The Met Philadelphia).

The first of the projects, Mural West, is a 30-story tower that sits at the corner of Broad and Spring Garden streets. Led by AOS Architects and developer EBRM, the building includes ground-floor retail, a one-story restaurant and 290 residential units. Twenty-five parking spaces will be contained in a lot on site. 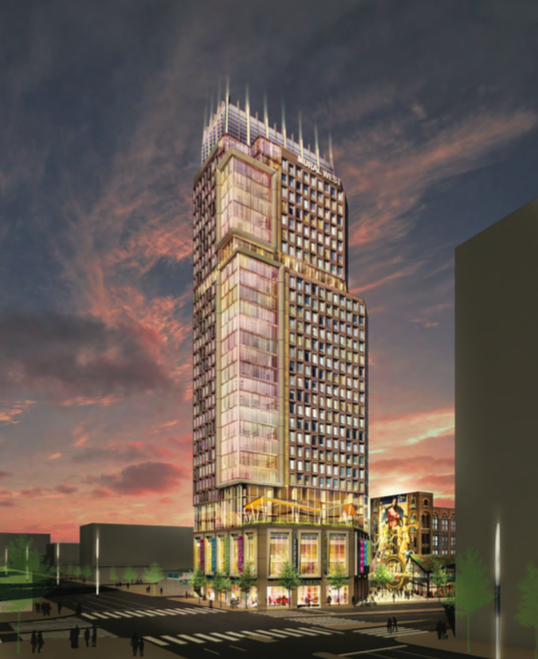 "The building is clad in precast concrete, glass, and metal panels with views focused southwest towards City Hall and northeast to the Betsy Ross Bridge," the developers said in their proposal. "The contemporary architectural design refects the vitality of the urban neighborhood and the various surrounding architectural context."

The second project, a 19-story tower, will be located at 1451 North Broad St. near the intersection with Jefferson Street. Designed by Cecil Baker + Partners, the tower includes 225 residential units, ground floor commercial space, a fitness center along Broad Street and 21 parking spaces in a surface lot. 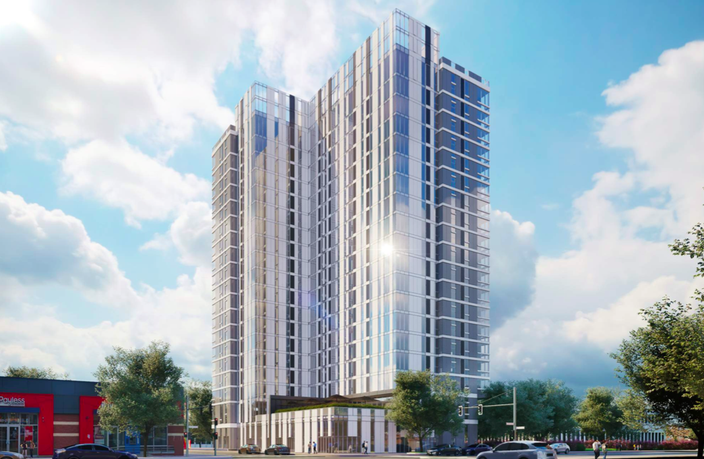 There are no immediate timelines in place for either of these projects.