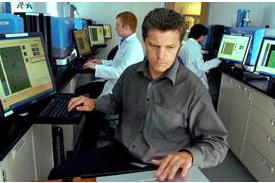 Hakon Hakonarson, MD, PhD, director of the Center for Applied Genomics at Children's Hospital of Philadelphia.

The Children's Hospital of Philadelphia has been awarded a $3.6 million grant from the National Institutes of Health (NIH) to bolster research into the genetic causes of pediatric conditions and evaluate how families use medical feedback to make decisions about patient care.

The grant comes from the NIH's Electronic Medical Records and Genomics (eMERGE) program, a network that combines biospecimens with medical records to support genetic research and the implementation of genomic medicine.

According to a release from CHOP, the funding will be used to further investigate the causes of common pediatric conditions including autism, intellectual disability, attention deficit hyperactivity disorder (ADHD), epilepsy, and diabetes. Researchers will analyze DNA sequencing data stored in CHOP's biorepository and share their findings with patients to study how this information guides testing and treatment decisions.

Specifically, researchers will characterize rare variants in 2,500 children with these conditions and return the information to 160 patients and their families, assessing how potential financial, ethical and social factors impact their choices.

“We have established the largest pediatric biobank in the world, and by coupling the genotyping and sequencing data we have produced from these samples with medical information from the electronic health records from CHOP and other eMERGE sites, we have the ability to identify the most effective therapies for our patients as we move forward in the era of precision medicine,” said principal investigator Hakon Hakonarson, MD, PhD, director of the Center for Applied Genomics.

Hakonarson, who founded the gene therapy firm neuroFix Therapeutics, recently entered into a $5 million research collaboration with Wayne-based Medgenics to expand the scope of the company to other areas within the discipline of genomics. His company has been working to commercialize a genetic discovery that will underpin new treatment approaches for ADHD and the neuropsychiatric symptoms associated with Deletion Syndrome.

According to an NIH release, the central goal of the program is “to better understand the genomic basis of disease and to tailor medical care to individual patients based on their genomic differences.”

CHOP is one of two pediatrics institutions participating in the eMERGE network and one of 11 other research centers designated to receive a total $48.6 million in NIH funding over the next four years.