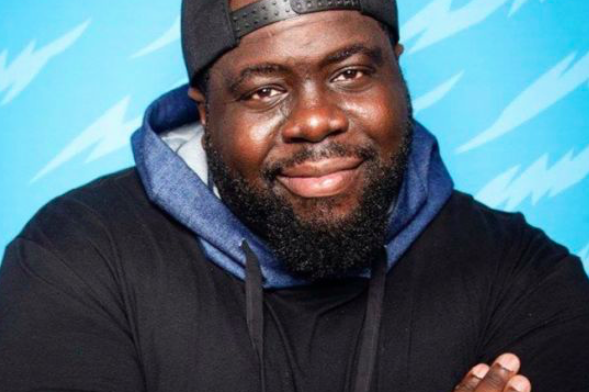 Comedian and South Philadelphia Chris Cotton has died at the age of 32. He appeared regularly on Comedy Central's digital programming and was an author. A GoFundMe page will support his wife, who is expecting to have their first child in early 2020.

Rising Philadelphia comedian and author Chris Cotton died this week at the age of 32, just months before he was expected to become a father, according to a statement from Comedy Central.

The network announced the loss Wednesday in a statement on Twitter.

We’re devastated by the loss of Chris Cotton – a hilarious comedian, a beloved member of the Comedy Central family and a joy to be around. He will be missed. pic.twitter.com/b7DU4AeGsE

The cause of Cotton's death was not immediately known.

A South Philadelphia native and graduate of Cheyney University, Cotton regularly incorporated his hometown into his stand-up.

We were lucky to have Chris Cotton. Gone far too soon. pic.twitter.com/is1RF3s9uL

In recent years, Cotton has appeared on Comedy Central's talk show "Every Damn Day" and was a host for the network's digital programming, including the roast of Bruce Willis. He had his own web series, "Carpool Rules," and appeared in Shilpa Mankikar’s short film “Diwal’Oween," along with appearances on "Gotham Comedy Live."

Cotton's book, "What My Dad Did: My Theory of Joke Writing," explored the way his upbringing shaped his success in becoming a professional comedian.

Early next year, Cotton's wife, EricaLynn, is expecting the couple's first child. They married in 2011.

Comedy peers and fans posted messages on social media mourning the loss of the young comic.

A few weeks ago Chris Cotton randomly hit me up to thank me for a gig I got him YEARS ago that led to some other work for him.

I was in the middle of booking Isola Fest and booked him during the call. I was psyched to see him this weekend. RIP. https://t.co/Ge5SdSIb8O pic.twitter.com/1bkO1SKFil

What a total shit year. Philly lost a great comic and a truly great person. My heart goes out to the family of Chris Cotton and all those close to him. Chris was also about to be a dad. Here’s a link to he and his wife’s Amazon registry:https://t.co/Pf4xk5klfE#ripchriscotton pic.twitter.com/pLszIzePB0

Chris Cotton was a beautiful person with so much love to give. Everyone loved him instantly. He regularly made me laugh so hard that I cried. I am honored that I got to work with him and know him. Love you, Chris. Rest In Peace. https://t.co/kxLq8iE5Oa

What a terrible night, I am still in shock over the loss of Chris Cotton..he was young, fun and had so much left to do.....Its tragic. My heart goes out to his family pic.twitter.com/pbshhuDoZV

A GoFundMe page has been set up to support Cotton's family moving forward.

"If Chris ever made you laugh, enraged or shake your head please pay that forward with a donation," the campaign said.

Memorial comedy shows are expected to be scheduled in Philadelphia and New York City. Dates have not yet been determined.