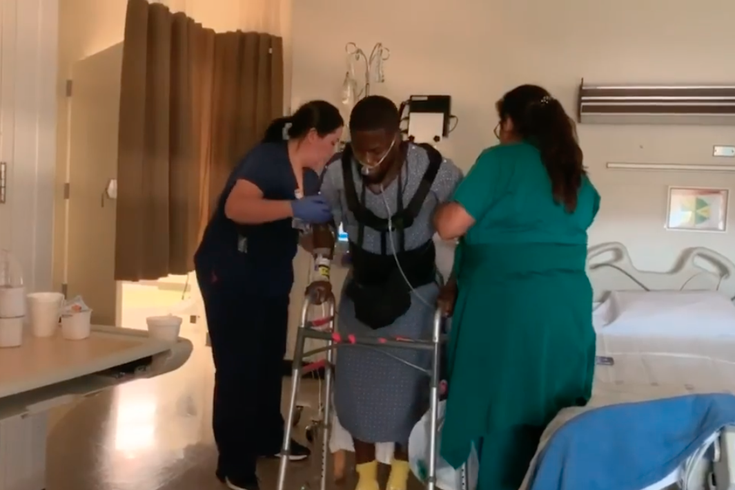 Kevin Hart released a video on Instagram of his life recovering from the near-fatal accident he was in last month.

In the video, Hart thanks his family, friends and fans for helping him through the process of recovering from the severe spinal injuries he sustained from a car accident in Malibu in September. 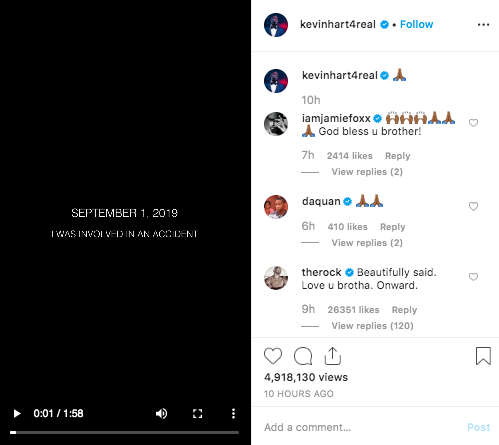 The video features Hart doing physical therapy and talking about how thankful he is that he's still alive. It also shows Hart in the doctor's office, confirming that he'll be in recovery for about one year.

"I'm not disrespecting the time," he said. "I'm not in a rush. I'm thankful for simply still being here."

The September accident hospitalized Hart after the driver of his 1970 Plymouth Barracuda lost control of the vehicle on Mulholland Drive. Hart was admitted to inpatient rehabilitation for about one week before he was released home for outpatient rehab that's likely to continue for months.