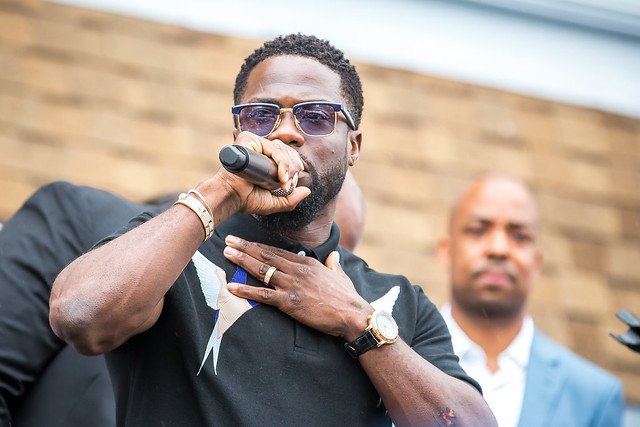 Kevin Hart is reportedly still in the hospital recovering from three spinal fractures from a car accident that happened over Labor Day weekend in Malibu.

Hart was in surgery to fuse fractures in both the thoracic and lumbar sections of his spine, TMZ reported. He's expected to make a full recovery and be walking again soon.

The accident occurred around 1 a.m. on Sunday when his car veered off the street winding Mulholland Highway in Malibu Hills, crashing through a fence and falling down a gully. Hart's friend was driving the car at the time of the accident.

Hart was reportedly trapped under the crushed roof of the vehicle and transported to the hospital soon after the incident to be treated for "major back injuries."

According to TMZ, Hart will be facing months of recovery and rehab.