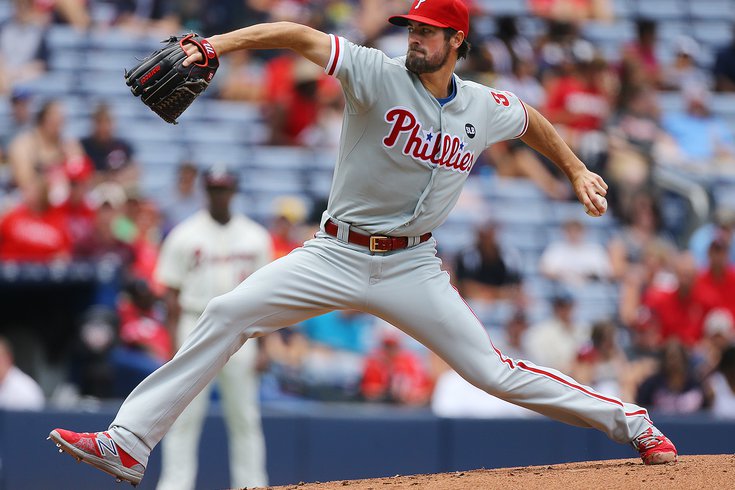 Cole Hamels and his wife Heidi have put their Newtown Square home on the market, and it can be yours if you can cough up the nearly $2.5 million asking price, according to the listing posted by Berkshire Hathaway HomeServices Fox & Roach.

The single-family colonial house, located at 1004 Brick House Farm Ln. in the Delaware County town, was custom-built and designed for the former Phillies pitcher and his wife in 2014.

The 7,478-square-foot, three-story home consists of six bedrooms, seven full bathrooms, three half-bathrooms and a four-car garage. Among the house's notable features and amenities include the following:

• The entrance to the main bedroom consists of a sitting area with a two-sided gas fireplace and beverage center
• The main bathroom has two sinks, a jacuzzi tub, private toilet room and shower area
• A gourmet kitchen with a granite island and breakfast bar, stainless steel appliances, a pantry closet and two ovens, refrigerators and dishwashers
• A family room, unfinished storage area and an additional hobby space on the home's third floor
• An in-ground pool with a hot tub
• A pool house that consists of a gas fireplace, dressing area and full bathroom
• Two workout rooms and a guest suite with a full bathroom on the ground floor
• A temperature-controlled wine room with two refrigerators and shelves that can hold more than 600 bottles of wine
• A finished basement with a bar and a kitchen

Those interested in seeing Hamels' home can take a virtual photo tour on the realty group's website.

Hamels and his wife made waves in the real estate space in 2017 when the couple donated their $10 million home in southwest Missouri to a special-needs camp.

The lefty won 114 games and posted a 3.30 ERA with the Phillies from 2006-2015. The three-time All-Star was part of the core that led the Phillies to five straight National League East division titles from 2007-2011, back-to-back World Series appearances and the franchise's first championship in 28 years. Hamels was named the World Series MVP in 2008.

Hamels was traded in 2015 to the Texas Rangers, where he earned a fourth All-Star Game appearance in 2016. He has also gone on to pitch for the Chicago Cubs and Atlanta Braves.

The 37-year-old remains unsigned this season.