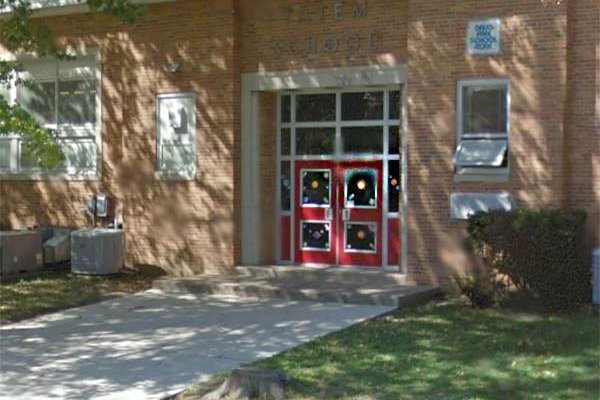 A bizarre incident out of Collingswood has parents, educators and local leaders reassessing the town's policies after a third-grader's comment about end-of-school-year brownies — as in the baked good — prompted a teacher to call the borough police.

According to multiple reports, on June 16, the 9-year-old boy had been participating in a class party at William P. Tatem Elementary School, 2 E. Browning Road, when he made a comment about the brownies that another young student felt was "racist."

The teacher, acting on a state policy adopted by Collingswood, called authorities to arrange a talk with the student.

Incidents of this nature have seen an uptick since a May 25 meeting between the Collingswood Police Department, school district officials and representatives from the Camden County Prosecutor's Office.

Municipal, law enforcement and school officials determined that any conflict that could remotely be considered criminal – which includes "just about every incident" up to and including name-calling – should be reported to authorities. That was a revision of the town's previous stance to report only incidents involving drugs, weapons or sexual misconduct.

Stacy dos Santos, the mother of the child, said her son was simply talking about brownies and had no idea how his comments, which were not revealed verbatim, could have caused such serious offense, she told Philly.com.

She and her husband also were contacted by police about the issue, as required by the state policy – there was some concern among residents, however, about the order in which this occurred.

Dos Santos said her son was "traumatized" by police and that she plans to have him transferred to a different public school in the Collingswood system in the fall.

In the two weeks since the incident, Collingswood message boards have lit up with comments from parents and residents who are increasingly dissatisfied with the way the school system and police have amplified minor conflicts.

"This story has me so upset," said one commenter on the "In the Woods" Facebook group, which is closed to the general public. "Who in their right mind would have called the police on a third grader for something so trivial? If school officials can't handle minor issues, VERY minor issues like this, they all should be fired."

"What a waste of valuable resources," added another. "Kids that need DCPP will fall through the cracks if this stays the way it currently is. So sad."

A petition being circulated calls for the Camden County Prosecutor's Office to end "mandated criminal investigation of elementary school children."

On Tuesday night, Collingswood Mayor James Maley met with police and representatives from the Camden County Prosecutor's Office to discuss the brownie incident and others that may not have justified police investigations. Late Thursday morning, Maley posted the following message on the In the Woods Facebook group:

"With regard to the school issues that have engulfed our community this last month, just wanted to reiterate with everyone that the directive has been reversed as of Tuesday. I have attached the documents confirming the reversal of the directive. Over the coming weeks, the Borough, the School District and the Prosecutor's Office will be reviewing the matter and considering what went wrong and how it can be avoided in the future. For the families affected, we have worked to resolve any harm that may have been caused and will continue to exert every effort to ease any impact. The directive was reversed Tuesday. Now we will work to make sure steps are taken to ensure it does not happen again."

The documents referenced by Maley clarify the responsibility of education and law enforcement officials under New Jersey policy, which has been updated several times since it was established in 1988. The goal of the agreement, the document states, is ultimately to protect the educational environment at New Jersey schools.