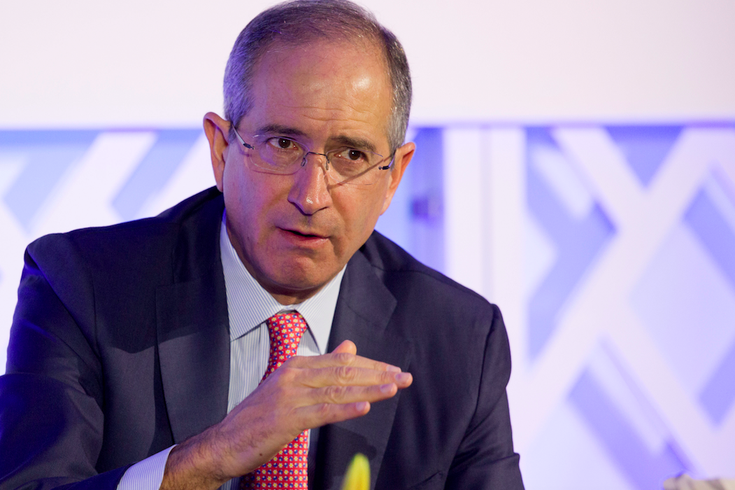 Earlier this week, the city of Philadelphia unanimously approved a new 15-year cable franchise agreement with Comcast, a deal that grants the company public rights of way to operate and deliver service in exchange for five percent of its gross revenues from cable service, among several other commitments.

The Philadelphia-based company has been a consistently high-performing stock, even after the $45.2 billion acquisition of Time Warner Cable fell through, and the business as a whole, despite challenges from Netflix and Verizon, has kept pace with innovation through its X1 Platform and a growing list of agreements with major content providers.

Still, if one were to judge based on surveys of the American consumer, Comcast and other cable companies are regarded more or less as the bane of everyone's existence.

The American Customer Satisfaction Index, published quarterly by the University of Michigan's Ross School of Business, routinely finds Comcast and Time Warner Cable ranked among the lowest in TV, phone and Internet service. In Philadelphia, an April report noted that 26 percent of local Comcast cable subscribers said they were dissatisfied with their service.

While it would be easy to dismiss an apparent contradiction between success and reputation as a matter of sheer scale – or people simply reacting negatively to monopolistic markets – Comcast CEO Brian Roberts was candid during an interview at Business Insider's annual IGNITION conference. Speaking with Henry Blodget about the future of the company, Roberts addressed the tough perception of cable companies.

Obviously, the first reaction is get defensive. Second reaction is, “What are we going to do about it?”

Like ... “Well, your people didn’t show up on time” and therefore let’s fix that and will that actually change the score and suddenly we’re the best company in America? Google’s free. Facebook is free. We charge, and we collect for every piece of content rights. Every movie star. Every athlete. Every possible piece of content we pay.

We’re up to well in excess of $13 [billion] to $14 billion a year at this one company to procure that content on behalf of the consumer, and it’s grown on average as an industry about 8 percent to 12 percent a year compounded for a decade. If you drop a channel, you’re incredibly unpopular, and if you pass along a rate increase, you’re incredibly unpopular. So I think that is the essence, in my opinion, of why the category is perceived and then you make foot faults: You didn’t show up on time or it didn’t work.

In a ranging interview that touches on everything from data caps to Comcast's plans to pursue a hybrid wireless phone service, Roberts spoke about the company's efforts to adapt its culture to a mentality of service before considering of raw numbers. The flip side of the defensive position, he said, is to educate consumers on the initiatives the company has undertaken to improve its service.

So what are we trying to do about it? Let’s play offense on that question. First of all, we’re not satisfied and all the energy that we were going to put into Time Warner has gone into creating a better experience and now creating a better service experience. So the gentleman who ran X1 is now head of customer experience and we have ways that you take your mobile device and you can schedule your tech, you can reboot your box, you can see where your tech is at — just like Uber with our tech tracker — and you can rate them at the end. We want you to do that. You can get a follow-up. We automatically have GPS so that if we don’t show up on time, you get a $20 credit on your bill. You don’t have to ask for it. It just automatically happens.

Ultimately, Roberts said Comcast is looking to prove people wrong about the notion that their cultural MO is to "beat up everybody you do business with," a view of the company that gained traction during the Time Warner negotiations. The reality, he explained, is that competitors (particularly innovators in broadband service, from mesh networking and WIMAX to Google Fiber) will bring challenges that Comcast has to keep up with through technology and service alike.

Oh, my gosh, you can’t run one of these companies and not worry full time...We have an incredible company. I don’t know about the stock to the right, the stock to the left. I try my best not to think that way. We’ve had quarter after quarter, year after year, of innovation and success, so my answer to your question is real simple. It’s going to be corny. It’s all about who your team is and who your people are.

Check out the full interview at Business Insider.