Witnesses say block fell as many as 30 stories 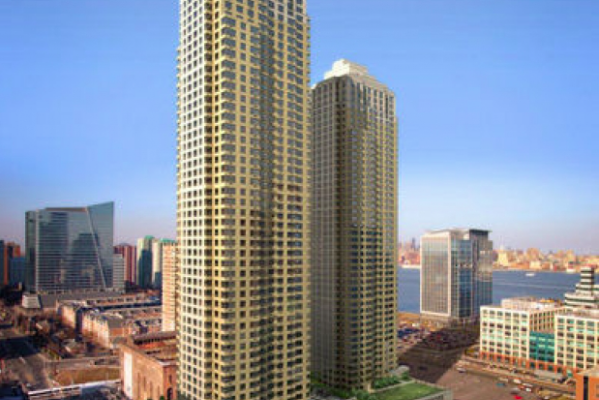 The Trump Bay Tower, expected to be complete in 2016, will adjoin the Trump Plaza in Jersey City with 447 luxury apartments and retail space.

A police officer was injured Wednesday morning after a block of concrete fell from the $194 million Trump Bay Street luxury apartment tower under construction in Jersey City.

According to witnesses, the concrete block fell from as many as 30 stories up on the 50-floor building at around 11 a.m., though it was unclear whether the officer, who has not been identified, was hit directly or struck by debris after the block shattered on Bay Street, NJ.com reports.

The officer was taken to Jersey City Medical Center-Barnabas Health, where he was in stable condition and expected to be released Wednesday afternoon.

Shortly after the incident, Jersey City and NJ Transit police arrived at the scene, joined by personnel from the Office of Emergency Management. Road restrictions were put in place and construction was halted for the remainder of the day.

The tower marks the second phase of the project that began with the Trump Plaza in Jersey City's Powerhouse Arts District. It is a collaboration between the KABR Group and Donald Trump's son-in-law, Jared Kushner, whose spokesperson did not immediately provide comment on the incident.

Expected to be complete in 2016, the Trump Bay Tower will hold 447 luxury apartments, 11,000 square feet of retail and a 3,000-square-foot rooftop deck, among several other amenities.