Those eligible for funds should receive money in April 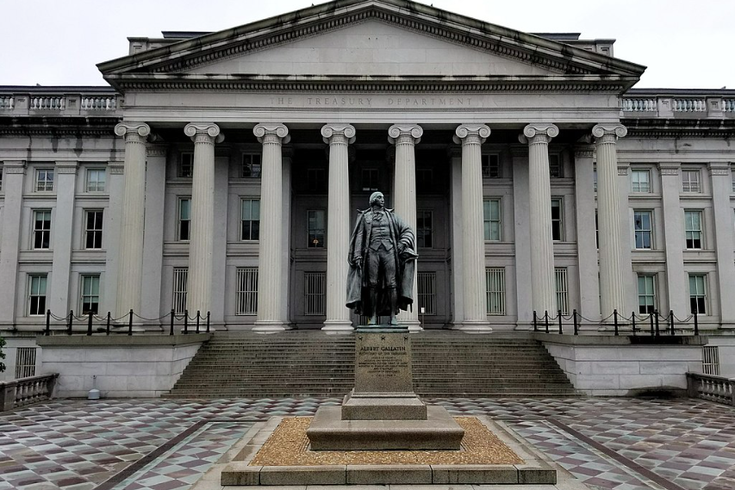 Millions of Americans will receive coronavirus stimulus checks as part of a relief package addressing the unprecedented economic toll of the COVID-19 pandemic. The U.S. Treasury Department will provide ongoing public awareness about the program in the days and weeks ahead.

With the federal government's $2 trillion coronavirus stimulus package approved, many Americans are wondering how and when they will see the rebate checks included in the historic bill.

President Donald Trump signed the stimulus bill on Thursday. In addition to a major expansion of unemployment benefits, one of the highlights of the relief package are the checks that will be sent to individuals and families that meet certain requirements.

Am I eligible and how money much will I get?

For each child in households that meets the criteria above, an additional $500 will be included in the check. The maximum a family of four could receive, for example, is $3,400.

A helpful calculator developed by SmartAsset will enable you to determine the size of the check you will receive.

If an individual did not file taxes yet in 2019, the IRS would look to 2018 to calculate the size of the checks. There are provisions in the bill to help those who didn't make enough money to file returns in either of the past two years, or who are retired or have been out of work, though it may take longer for the government to distribute the stimulus money to these people.

If taxes were not filed in 2018 or 2019, people can use a 2019 Social Security statement showing income to see what the employer reported to the IRS.

Some have raised questions about what will happen with those who would not have qualified for the stimulus check based on their earnings in 2019, but whose 2020 income status would qualify them for a check.

SmartAsset describes the stimulus program, and how it applies to this question, as follows:

In other words, these taxpayers may receive no or partial stimulus money now, but will receive an additional amount in the form of a credit on their 2020 tax return, relative to their 2020 earnings.

If you're in this group, you may be able to take advantage of other provisions in the bill, such as expanded unemployment or loans that are being made available for small business owners and sole proprietors. A more detailed breakdown of these features of the bill can be found in The New York Times.

Non-citizens with a valid Social Security number who live and work in the United States will be eligible for stimulus checks. That includes green card holders and most people on work visas such as H-1B and H-2A. Visitors and those who are in the country illegally will not be eligible for the program.

As detailed by finance and investment advisor The Motley Fool, these stimulus funds will not be taxed.

When and how can I get my stimulus check?

At the soonest, eligible Americans may begin receiving checks is by mid-April, though it's possible they could begin to arrive later next month. Treasury Secretary Steve Mnuchin suggested most eligible residents will receive their checks in the next few weeks.

The Treasury Department plans to run an awareness campaign that will provide more specific details in the near future.

Direct deposit funds will start going out as early as April 9 for about 115 million Americans, according to The Washington Post. For millions of other Americans receiving paper checks, the government will begin mailing about $30 million of funds beginning April 24.

It could take several months for those receiving paper checks to receive them, as the IRS plans to distribute paper checks in waves based on income level.

Those who have recently moved are advised to update their information with the IRS as soon as possible.

If you suspect your check may have been misdirected, the IRS is expected to send paper notices in the mail containing information about where the payment was made and in what form it was made. These notices will contain contact information for the IRS to help sort out what happened and how to receive your check.