Update: Councilman David Oh holds 'no ill will' toward attacker 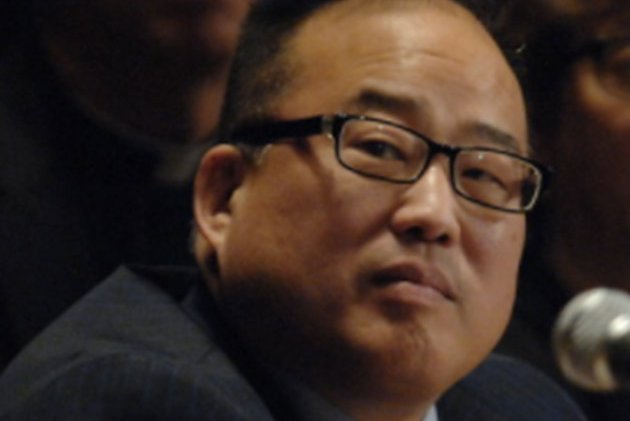 An aide for City Councilman David Oh said Thursday that the Republican At-large member of Council holds "no ill will" toward the man who attacked him Wednesday night near his home in the Kingsessing section of the city.

Oh was stabbed on Wednesday night in Southwest Philadelphia, according to Philadelphia police.

"It was just like (the man) was in attack mode," Elliott Williams, a neighbor who saw part of the attack, told The Philadelphia Inquirer.

Williams said he shouted, "The cops are coming!" and the assailant fled.

"He will remain at the hospital to monitor his recovery, but is expected to fully heal and return home soon," Pershe said.

The attacker was reportedly a complete stranger to the councilman.

The attack occurred on the same block where Oh, who is married with four children, has lived since the 1960s.

"He doesn't have any ill will toward the person who attacked him," Pershe said. "That's just the way he is."

Just before 10 p.m., the 57-year-old politician was rushed to Penn Presbyterian Trauma Unit for treatment. He was listed in stable condition Thursday afternoon.

Oh was undergoing emergency surgery because of the wound's location relative to internal organs, police said. He was said to be in good spirits.

Oh was stabbed on the left side by a suspect in a robbery on the 5800 block of Thomas Avenue around 9:45 p.m., according to police.

Lt. John Walker said that Oh was getting out of his car late Wednesday night when he was approached by the suspect, who police describe as a black man in his 20s, with a scruffy beard, wearing a black shirt with white lettering, and black pants.

"The male is saying something to him. He can't understand what he's saying, so he engages the male in conversation momentarily," Walker said.

That's when, police said, the man pulled out a knife and told Oh to give him his keys.

"He wants everybody to know he is OK, and he's doing well," Walker said.

The suspect was last seen heading west on Thomas Avenue. No arrests have been made at this time.

Roughly two hours after the incident, Mayor Jim Kenney, who is in Iceland until the weekend, released the following statement:

"We are all praying for Councilman Oh's quick recovery and thinking of his family during this incredibly difficult time. Whenever violence happens on our streets it is a terrible tragedy. When it happens near our homes, where we are supposed to feel safe, it is all the more devastating. Anyone with information regarding this crime is urged to call 911."

Oh was the first Asian-American elected to political office in Philadelphia and is the only military veteran currently serving on City Council.

A reception is planned in support of him Thursday night at the Racquet Club of Philadelphia in Center City. It's hosted by state GOP House Speaker Mike Turzai.