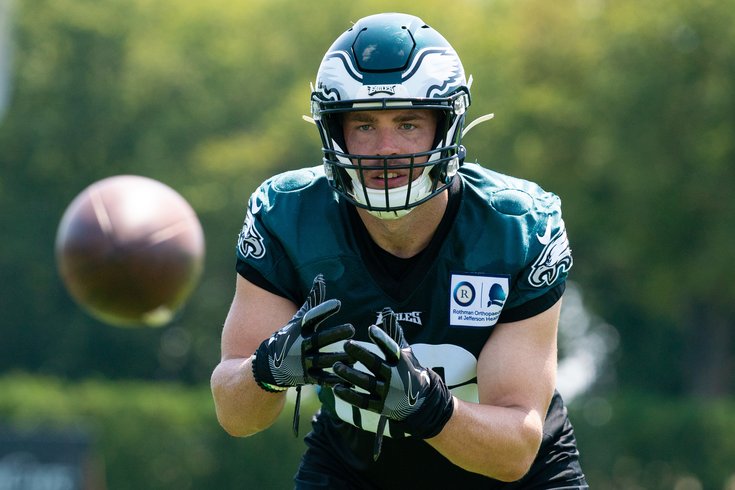 On Sunday night, Philadelphia Eagles tight end Zach Ertz landed at No. 40 on NFL Network's Top 100 list. Last week, we were too busy to get to it, but center Jason Kelce came in at No. 72.

Kelce will likely be the only center to make the Top 100 list, as he is clearly the best in the sport at his position. Here's the video they put together of him:

The point that Mike Daniels makes in the video about Kelce being able to block guys like 6-foot-4, 330-pound Vikings DT Linval Joseph shows how far Kelce has come as a player. Kelce always had the the athleticism to pull to the edge or get out in front of screens, but those bigger power guys used to eat him up. After developing elite technique and added strength, he no longer struggles with those guys.

With Rob Gronkowski retiring, Ertz is one of the three best tight ends in the NFL. Take your pick between him, the Chiefs' Travis Kelce, and the Niners' George Kittle. I'd personally go Kelce-Kittle-Ertz, but it's close. To note, Kelce and Kittle have not appeared yet, and they both most certainly will.

Ertz broke the single-season receptions record for a tight end in 2018, when he hauled in 116 passes. His video:

Ertz caught a lot of heat during the 2016 season for his occasional tendency to avoid contact, but he has since become much better at getting yards after the catch, and he has improved as a blocker.