Here's what the courts have ruled 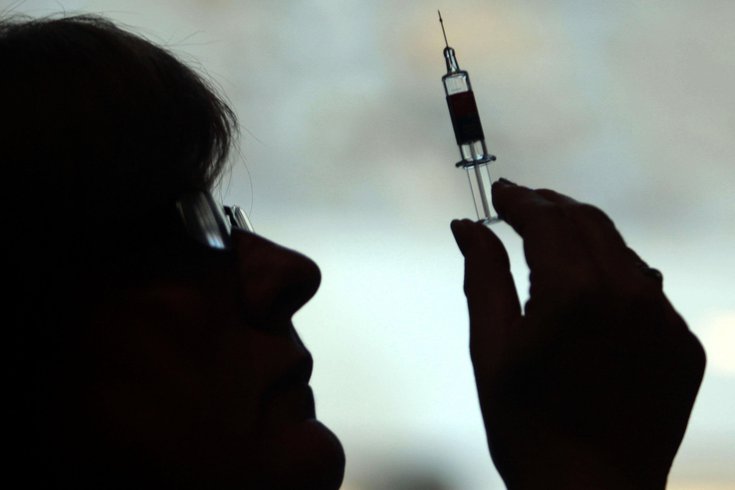 States may have the legal ability to mandate residents receive a COVID-19 vaccine, according to law expert Debbie Kaminer. Above, a nurse prepares to give a patient a vaccine in 2009.

A safe and effective vaccine could end the coronavirus pandemic, but for it to succeed, enough people will have to get inoculated.

Recent polls suggest that the U.S. is far from ready. Most surveys have found that only about two-thirds of adults say they would probably get the vaccine. While that might protect most people who get vaccinated, research suggests it may be insufficient to reach herd immunity and stop the virus’s spread.

As a law professor who has written about the legal questions around vaccination laws, employment discrimination and religious exemptions, I see four possible approaches that governments and employers can take to ensure enough Americans are immunized against COVID-19.

The most intrusive policy would involve government mandating vaccination for all Americans, with the exception of those with a medical exemption.

People are often surprised to learn that states would likely have the legal right to enforce such a rule.

In the 1905 landmark case Jacobson v. Massachusetts, the United States Supreme Court upheld the constitutionality of a state criminal law that required all adult inhabitants of Cambridge to get a smallpox vaccine or be fined. The Supreme Court explained that an individual’s liberty rights under the U.S. Constitution are not absolute and the mandatory vaccination law was necessary to promote public health and safety.

While Jacobson v. Massachusetts is over 100 years old, courts continue to rely on the reasoning of the case. State governments still occasionally enact broad compulsory vaccination policies. In 2019, in the midst of a measles outbreak, New York City mandated that anyone over six months of age who lived, went to school or worked in several ZIP codes within the city had to be vaccinated against measles or be subject to a fine.

Requiring people to be vaccinated against the SARS-CoV-2 coronavirus could similarly be justified by government’s need to promote public health and safety. In late May, the New York State Bar Association’s Health Law Section even recommended mandatory COVID-19 vaccination for all Americans.

Yet in the United States today, where even mask mandates are controversial, it is unlikely that many states will enact a compulsory vaccination policy for everyone. Additionally, there is a risk that heavy-handed public health tactics can backfire and escalate tensions, increase mistrust of government and unintentionally increase the influence of the anti-vaccination movement.

What if only some people must get vaccinated?

A less intrusive tactic would be for state governments to require COVID-19 vaccinations for only certain segments of the population.

If states required this type of targeted mandatory COVID-19 vaccination, they could cover those most at risk and those most likely to be in contact with others in ways that could stem the virus’s spread.

Another approach would be legislation that requires proof of vaccination to obtain a passport, use public transportation or go to a gym.

What can employers require?

Private employers have significant flexibility for requiring vaccination. Yet few businesses outside of health care facilities have done so, partly out of fear that employees would consider these policies to be unacceptable invasions of their personal lives.

There is a risk in a unionized workplace that a mandatory vaccination policy could be struck down if it violates a collective bargaining agreement. However, unlike government-mandated policies, these would not be subject to constitutional restrictions.

Employers may also be concerned that if policies do not include significant religious exemptions, workers could sue, claiming religious discrimination. However, it is unlikely that federal law would require employers to accommodate employees requesting a religious exemption to a COVID-19 vaccine. Under Title VII of the 1964 Civil Rights Act, the federal law prohibiting religious discrimination in the workplace, employers are not required to accommodate religious employees if doing so involves more than a de minimis, or minimal cost.

Certainly, in the midst of one of the worst public health and financial crises in recent history, there is a significant cost to having an unimmunized workforce.

Beyond mandates and laws, employers, politicians and government agencies have other ways to encourage people to get vaccinated. In particular, the messages they send matter. That was evident in the public controversy over mask-wearing after President Donald Trump and other prominent Republicans ridiculed the precaution.

In New York, Gov. Andrew Cuomo mandated wearing face masks in public, but he also successfully convinced New Yorkers to wear them by emphasizing that doing so showed respect for others, particularly essential workers, health care providers and high-risk individuals.

Government can similarly encourage Americans to get vaccinated through education campaigns led by trusted community members, such as religious leaders or celebrities. During the New York measles outbreak, the Orthodox Jewish Nurses Association was at the forefront of educating the Orthodox Jewish community on the safety and efficacy of vaccination.

Government and employers also could make vaccines free and available at convenient locations.

As the U.S. government fast-tracks the development of potential vaccines, it’s important to remember that a COVID-19 vaccine will stop the virus only if enough people get vaccinated. Now is the time for governments and employers to develop policies to ensure it succeeds.