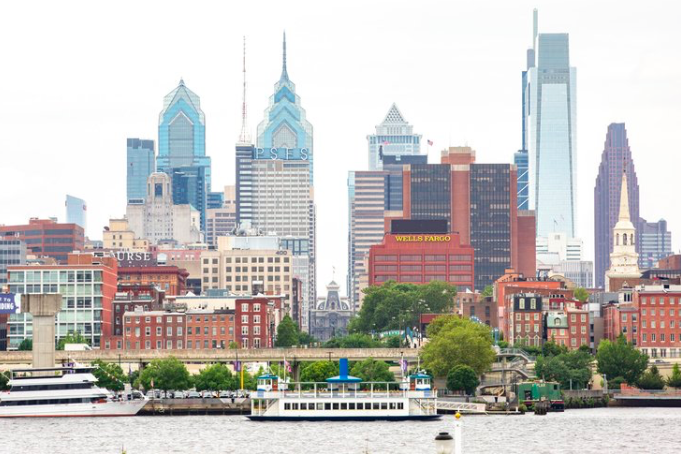 Philadelphia Health Commissioner Dr. Thomas Farley believes COVID-19 cases in Philadelphia will likely continue to rise as similar trends are observed in the surrounding region and the rest of the United States.

Philadelphia is beginning to see a moderate uptick in new COVID-19 cases, a trend that has been predicted amid rising coronavirus transmission across the region and the large parts of the United States.

The city reported an additional 150 new cases on Tuesday, bring the total to 28,742 since the start of the outbreak. One additional fatality brought the city's death toll to 1,666, including 854 nursing home residents.

But the percent positive rate of tests increased from 5.1% to 5.5% in that two-week stretch. That metric has remained between 5-6% since mid-June.

"I think all of us need to follow the trends in those case counts and the percent that are positive," Farley said. "The rest of the country is rising. The rest of the state is rising. I would be suprised if we don't continue to rise. If it rises and falls, then we're doing fine. If it continues to rise, then we're going to have to look at whether we want to have additional restrictions."

The health commissioner pointed to rising case numbers in neighboring Bucks and Delaware counties as worrisome signs that the virus is bouncing back. Those counties are in the green phase of Pennsylvania's COVID-19 reopening process, which allows for some indoor dining at restaurants.

Philadelphia is still in a modified green phase, with tougher restrictions on some activities.

"Those are sites that clearly have seen the spread of the virus and outbreaks in other cities around the country," Farley said. "In fact, they may have been the driving factor behind the major epidemics that are occurring now in the South and the West."

While Farley supports the current plan to open Philadelphia schools with a hybrid digital model in September, he said that all plans must be subject to change based on the state of the virus.

Until there is a vaccine widely available, Farley said Philadelphia residents should be prepared for restrictions to be adjusted to the circumstances, whether they are improvements or setbacks.

"Let's be honest, we may have cycles of opening and closing as the epidemic changes around us and as we learn more over the next few months," Farley said.

Philadelphia extended its heat health emergency through Wednesday as temperatures remain in the 90s, putting vulnerable residents at risk.

In addition to the city's spraygrounds, officials released details Wednesday on where to access 10 cooling centers that have been set up to serve those in need.

Trash and recycling delays continue across Philadelphia, though the Streets Department claimed they have reduced them to 1-2 days from 3-4 days.

Residents are asked to set their materials out at least one day later than their regularly-scheduled day. These materials may be picked up one to two days late as crews face increased trash accumulation at the curb due to more residents staying at home.

Mayor Jim Kenney said that the city has seen an approximately 25% increase in the amount of trash generated by residents. Combined with staffing shortages and weather emergencies, the delays have forced sanitation crews to play catch up.

The mayor said he does not believe that staffing shortages represent any message to the city. Sanitation crews have been supplemented with workers from other areas of the Streets Department to make up for these shortages.

"If they're calling in sick, I'm taking them at their word that they're sick," Kenney said. "There have been people exposed to the virus and contracting the virus. Some people are working six or seven days a week, 12- or 14-hour shifts, and whether that's an illness or an exhaustion, I don't know and I'm not the one to judge. They've been working hard and we've been supplementing the workforce when attendance falls off. I don't think there's any message to the city, frankly."