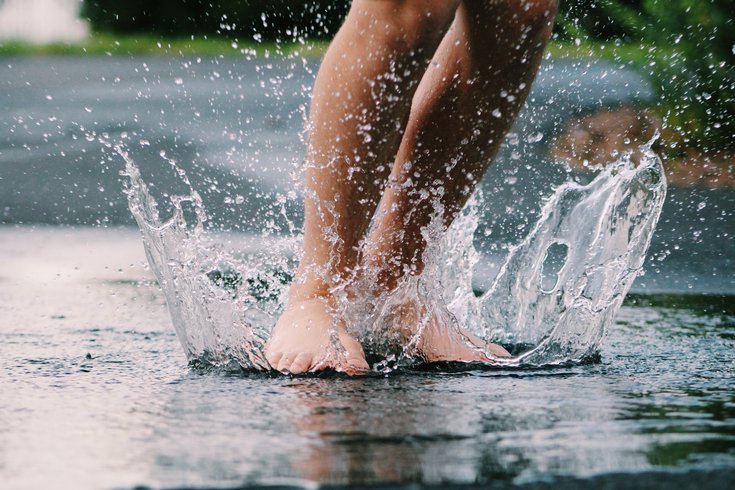 The Philadelphia Department of Parks & Recreation will operate 91 spraygrounds throughout the city to help cool residents off during the summer months. Public pools were closed for 2020 due to the coronavirus pandemic.

As Philadelphia prepares for rising summer temperatures, the city will be opening 91 spraygrounds for residents to cool off beginning July 6.

The city announced in May that public pools would be closed all summer due to the coronavirus pandemic, leaving many residents without reliable options during heat waves.

Spraygrounds will operate at designated Parks & Recreation facilities on weekdays from 3-7 p.m. and on weekends from 12-5 p.m.

The city also will provide cooling kits at 100 Playstreets locations in neighborhoods across the city. These sites also distribute meals to youth and serve as volunteer-supervised activity centers. Cooling kits will include umbrellas, tents, mister fans, cooling rags and Super Soakers for kids.

Plans for city cooling centers, which have historically opened to the public during heatwaves, have remained in limbo for weeks as city officials monitor conditions related to COVID-19.

Philadelphia Managing Director Brian Abernathy said Thursday that there are concerns about whether these locations can operate safely while adhering to social distancing guidelines. If they are able to open in some capacity, they will likely be at the 12 city libraries and senior centers that traditionally have been used for these purposes.

"What I don't want to do is get into a position where I say these are going to be open, but we're in the middle of a virus spike and we're not able to do that," Abernathy said.

Philadelphia Health Commissioner Dr. Thomas Farley added that residents are advised to communicate with friends and neighbors for those in need of places to cool down.

"That's especially even more important now than under ordinary times, when a cooling center may be a site where the virus can be transmitted," Farley said. "That's why we're talking so much about people helping their neighbors. It's a safer way to stay cool and we do think we can reach a lot of people that way."

Until further notice, PECO has suspended all non-payment service disconnections and waived new late fees. Some residents who have air conditioning may be eligible for the state’s Low-Income Home Energy Assistance Program, which will be accepting applications for its Recovery Crisis Program through Aug. 31, or until funds are exhausted.

Farley said heat-related deaths are more common than all other natural disasters combined. He urged residents to stay hydrated and look after family members and neighbors who are most susceptible to high temperatures and humidity.

With green phase paused, Philly looks ahead to COVID-19 vaccine

Philadelphia has delayed fully entering into the green phase of Pennsylvania's COVID-19 reopening process until at least Aug. 1, citing a nearly 80% spike in coronavirus cases nationally and evidence of more infections in the city.

As of Friday, the city will instead adopt a modified restricted version of the green phase that allows some activities to resume, such as museums, indoor shopping malls, casinos, libraries and some outdoor gatherings. The city's mandatory mask order was also reinforced this week by a strict mask policy implemented across Pennsylvania.

Farley said Philadelphia, and the nation at large, must be prepared to live with COVID-19 for the foreseeable future. In the bigger picture, the health commissioner said he is encouraged by progress in the search for a vaccine.

"Overall, the progress developing vaccines has been extremely rapid, much faster than I would have ever expected," Farley said. "There are now dozens of research groups that have created vaccines that have produced antibodies when administered to animals. Those antibodies appear to protect the animals from the infection."

Farley suggested that it appears easy to train the immune system to recognize and kill COVID-19.

"To put it in plain language, COVID-19 is nasty, but it looks like it's not very smart."

Thus far, there 20 vaccine candidates in human clinical trials and more than 125 in development around the world, according to a vaccine tracker run by The New York Times.

In the United States, three promising vaccine candidates are among a group leading the federal Operation Warp Speed initiative to accelerate vaccine development.

"I am optimistic that we will have at least one, and maybe more than one vaccine that we're deploying here in Philadelphia some time in 2021," Farley said. "I can't say whether that's going to be early 2021 or late 2021. Some time next year, I think we are going to be deploying a vaccine, and I'm very excited about that."

Philadelphia reported an additional 143 cases of COVID-19 on Thursday, bringing the total number of confirmed cases to 26,400. A portion of these cases were from previous days. An additional five fatalities brought the city's death toll to 1,614, including 830 nursing home residents.

"We are averaging about 110 new cases per day in the past week," Farley said. "About a third of these new cases are in people under age 30, and some are in people who have traveled to the shore. We urge residents to take caution if they plan to visit shore points this holiday weekend. Philadelphia residents should be consistent in wearing masks when around others, safely distancing from each other, and wash their hands frequently."