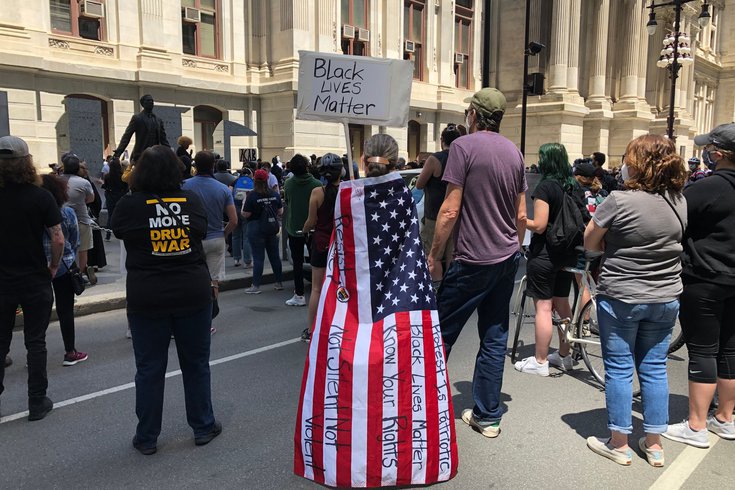 President Donald Trump listed Philadelphia among several cities where he threatened to send federal law enforcement in to respond to protests against racism and police brutality.

In response to events unfolding during protests in Portland, Philadelphia officials warned Monday that they will not stand idly by if President Donald Trump orders federal agents into the city to detain protesters.

Demonstrations against racism and police brutality have intensified in Portland, Oregon, where federal officials have reportedly been driving around in unmarked vans and detaining protesters, seemingly at random. The agents dressed in camouflage appear to be with the Department of Homeland Security, U.S. Marshals and U.S. Customs & Border Protection.

On Monday, Philadelphia was among several cities where Trump said he would consider sending more troops to quell demonstrations.

"We're sending law enforcement," Trump said, specifically mentioning the "liberal Democrats" in office in the locations named. "We can't let this happen to the cities."

Philadelphia Mayor Jim Kenney, a frequent critic of the Trump administration, pushed back against the president in a statement released Monday afternoon:

The President's threat is wrong on many levels. To send federal agents to police U.S. cities that have not requested such aid can only impede the work of local governments and exacerbate already heightened tensions in these cities. And to target cities that are led by Democratic mayors is clearly a politicization of federal resources that should outrage all taxpayers.

That the White House seeks to impose federal involvement in this way, after months of abrogating its responsibility to lead a federal response to COVID-19, is both ironic and offensive. While the City of Philadelphia has not received any formal notification that federal agents will be sent here, we would use all available means to resist such a wrong-headed effort and abuse of power.

District Attorney Larry Krasner, in a separate statement, said he would pursue criminal charges against any agents who violate the rights of protesters in Philadelphia:

My dad volunteered and served in World War II to fight fascism, like most of my uncles, so we would not have an American president brutalizing and kidnapping Americans for exercising their constitutional rights and trying to make America a better place, which is what patriots do. Anyone, including federal law enforcement, who unlawfully assaults and kidnaps people will face criminal charges from my office. At trial, they will face a Philadelphia jury. It's the least we can do to honor those who fought fascism, including those who are fighting it even now.

Portland Mayor Ted Wheeler said he believes the Trump administration is trying to coordinate "political theater" in an election year, at the risk of harming citizens.

"Not only do I believe he is breaking the law, but he is also endangering the lives of Portlanders," Wheeler said.

The mayor added the arrival of federal agents appears to be provoking violence.

Portland Mayor Ted Wheeler on federal troops descending upon the unrest in his city: "Their presence here is actually leading to more violence and more vandalism. And it's not helping the situation at all. They're not wanted here" https://t.co/20VH2GZFlS #CNNSOTU pic.twitter.com/uTi9qC5mBY

A 29-year-old Portland demonstrator told the Washington Post last week he was detained with no explanation last week by men in military fatigues with "police" patches. He still does not know who took him into custody and was not informed of any charges he may face. The man said he was not involved in any violent or destructive protests.

The Oregon chapter of the American Civil Liberties Union has filed a lawsuit against the Department of Homeland Security and U.S. Marshals over their presence in Portland.

Protests in Philadelphia have mostly subsided since the peak of demonstrations in June followed the death of George Floyd, who was killed while in police custody in Minneapolis in May. The Philadelphia Police Department, which faced criticism for its response to the protests, has opened numerous Internal Affairs investigations will soon be subject to an independent review amid wider reforms.

Federal agents have reportedly used tear gas against Portland protesters to defend federal buildings and have been accused of beating a Navy veteran who pleaded with them to uphold their oath to the Constitution. An iconic image of a naked protester emerged amid a standoff with the troops early Sunday morning,

There has been no communication with Philadelphia officials about federal law enforcement arriving in the city.